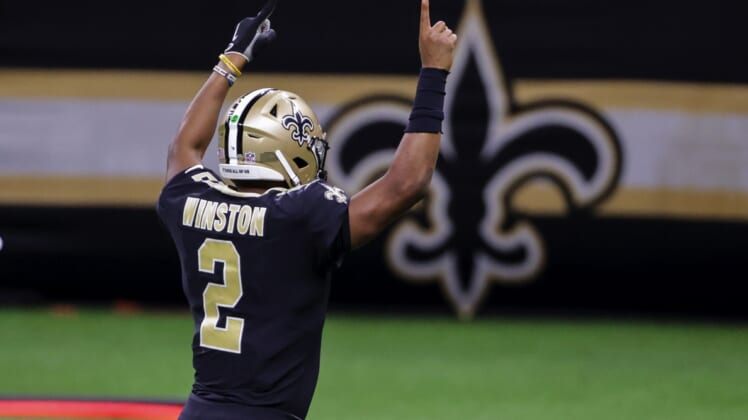 New Orleans Saints rumors have been pointing in this direction for some time now. Jameis Winston likely returning to compete with Taysom Hill for the starting job following the retirement of Drew Brees.

One day after restructuring Hill’s contract, the Saints have apparently jumped into the NFL free agency frenzy by re-signing Winston.

According to Shams Charania of The Athletic (that’s a thing), New Orleans has brought back the former Tampa Bay Buccaneers No. 1 pick after he signed a one-year deal with the team last offseason.

The deal is expected to be somewhat similar to the one-year contract Cam Newton agreed to with the New England Patriots late last week. That is to say, $5 million in base salary over one year with a bunch of incentives.

A more traditional NFL reporter, ESPN’s Adam Schefter later noted that the deal was for up to $12 million with New Orleans. Obviously, Winston will have to earn some big-time incentives to reach that benchmark.

Prior to this reported deal, reports had pointed in the direction of Winston being favored to land the starting job over Hill next season. Whether that’s actually going to be the case depends heavily on what promises to be a training camp competition between the two.

Winston, 27, threw only 11 regular-season passes in his first season under Sean Payton in New Orleans. Even then, Payton views the former Florida State standout as a potential long-term heir-apparent to Brees.