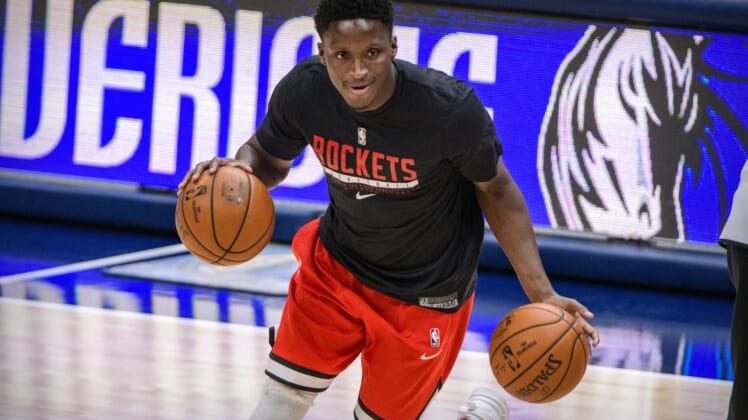 With the Dallas Mavericks going 9-2 in their last 11 games, the previously embattled team is now the eighth seed in the Western Conference as of this writing.

Any team with Luka Doncic is a contender, and Dallas needs to maximize its title chances with trade deadline deals. Here are five moves the Mavericks should consider ahead of the NBA’s March 25 ultimatum.

It’s no secret JJ Redick is having a rough year. The veteran sharpshooter is averaging 36.4% from three and 40.7% from the field, both near career-lows. He’s also averaging his fewest minutes per night since 2009.

Unfortunately for the Mavericks, even the 3-point shooting mark that is bad by Redick’s gaudy standards is better than every Dallas starter. Granted, the Mavs bench has done its fair share in contributing shooting from beyond the arc, but having someone with Redick’s experience and precision would be invaluable.

In the aftermath of the Seth Curry trade, though, Dallas ranks 25th in the league in 3-point shooting and will be looking to add a perimeter threat with any Mavs deadline trades. Reddick can still keep defenders out of the paint and knock down enough treys to outweigh his subpar defense.

For the New Orleans Pelicans, Dwight Powell would be their best bench big and Wes Iwundu is a defensive specialist for a Pels team sorely lacking in that department.

After the Kristaps Porzingis deal, there are few assets for the Mavericks to leverage in trades.

In order to get the most value, Dallas needs to look at talented players with low trade value. Andre Drummond fits that description. Despite being a quality rebounder, Drummond is no longer wanted in Cleveland and can be had at a low price.

The fit with Porzingis isn’t perfect, but Drummond would improve the Mavs’ rebounding and defense. Since his contract expires at the end of the season, it’s a relatively low-risk acquisition for Dallas despite the compensation involved.

If the rumors are true and Porzingis wants out of Dallas, the Mavericks will struggle to find a deal they like. The Latvian has shown glimpses of being an offensive powerhouse and rim protector, but his extensive injury history makes his trade value difficult to determine.

Dallas shouldn’t trade someone as valuable as Porzingis if it can be avoided and most likely won’t, yet this deal from the Magic is enticing.

Neither player is as good as Porzingis, but Gordon can be a third option on a championship team and Isaac has the potential to be the best defensive wing in the league. Porzingis and Vucevic would form a dangerous offensive frontcourt and put the Magic in playoff contention. The Mavericks should not trade Porzingis, but a crunch time five of Doncic, Jalen Brunson, Isaac, Gordon, and Maxi Kleber doesn’t sound too bad.

Similar to Porzingis, Victor Oladipo is a former All-Star with an injury track record that makes his trade value plummet. In the James Harden trade, Houston chose Oladipo over Caris LaVert and Jared Allen with the idea they could either re-sign or trade him. After Oladipo turned down a lucrative contract, the Rockets are deadline sellers.

While it’s heavily rumored Oladipo only wants to play in Miami, the Mavs should make the trade and hope they can sell him on a potential title run with Doncic. The former Pacer slots in nicely in the Dallas backcourt, becoming the secondary playmaker the Mavs sorely lack.

For Houston, there are benefits to receiving an expiring in Johnson and Josh Green, the 18th pick of the 2020 draft. Green has struggled for minutes in the NBA, but has been one of the best players in the G League. Despite being unproven, Green is a worthy risk for a rebuilding Rockets franchise, especially if the alternative is letting Oladipo walk for nothing in return.

A healthy and committed Oladipo could be the difference between Dallas getting swept in the first round or making a deep playoff run.