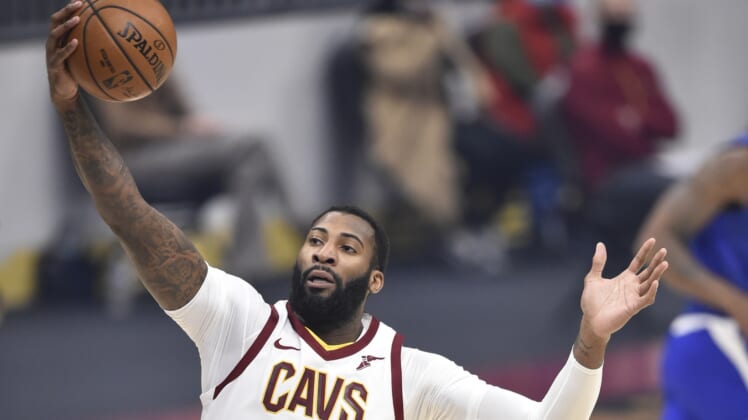 NBA rumors are swirling with the trade deadline drawing closer and Cleveland Cavaliers center Andre Drummond could be one of the biggest names moved this season, with one Eastern Conference contender among the teams interested in acquiring him.

Just a year ago, the Detroit Pistons traded Drummond to the Cavaliers. But when Cleveland acquired Jarrett Allen, the writing was on the wall for the upcoming unrestricted free agent. In an offseason where few quality big men are available, Drummond could be the most attractive options for teams.

As the NBA trade deadline approaches on March 25, the countdown is on for Drummond to be traded again.

According to The Ringer’s Kevin O’Connor, the Toronto Raptors are among the teams interested in Drummond. He is viewed as Cleveland’s top trade asset, with Larry Nance Jr. going down with a broken finger.

The 6-foot-10 center makes sense for a lot of contenders, especially in the Eastern Conference. The Raptors have the assets to acquire him and he would provide a huge upgrade over Aron Baynes. While Chris Boucher is playing at a high level, his height (6-foot-9) likely prevents him from being Nick Nurse’s starting center.

Of course, Toronto faces plenty of competition. The Boston Celtics are looking to make a big move and the offseason Gordon Hayward sign-and-trade provided the team with a $28.5 million trade exception.

The Brooklyn Nets would also love to land Drummond. However, the James Harden deal stripped them of a majority of their trade assets. Brooklyn’s best hope is the Cavaliers buying out Drummond, but that is unlikely to happen.

Drummond is averaging 17.9 points, 13.8 rebounds, 1.6 steals and 1.2 blocks per game this season. He averages under 30 minutes per night with the Cavaliers, but has proven he can play 30-plus minutes over a full season. He hasn’t been as efficient as a shooter this year, with his 50.3% true shooting rate marking a di from his 53.9% average across eight seasons in Detroit.

It’s only a matter of time before something happens. The Cavaliers are ready to give Allen full run at the center, while Andre Drummond would likely appreciate a chance to play for a contender.