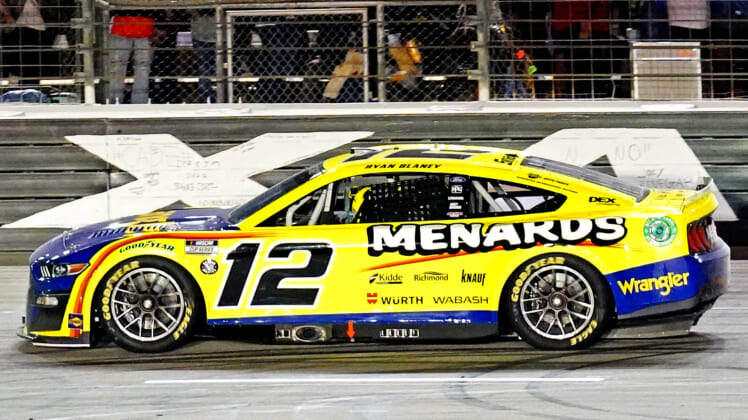 It was a chaotic weekend of racing with NASCAR at Texas Motor Speedway, Formula 1 in Barcelona, and IndyCar attempting to qualify for the Indianapolis 500.

Let’s dive into the five most significant ideas that have emerged from the weekend’s events.

Ryan Blaney crossed the line as the white flag waved and he was one lap away from his first All-Star Race victory. However, when he rounded Turn 4, things took another turn.

A caution was thrown right before Blaney hit the finish line as Ricky Stenhouse Jr. hit the wall. According to the format, the race was not over since the event needed to end under green flag conditions.

At the same time, the driver of the No. 12 car had taken his window net down. It created a massive mess that made Denny Hamlin express his thoughts on why Blaney should have been black-flagged.

Blaney won at the end of the day, but it came after a fiasco of an ending. NASCAR’s Senior Vice President admitted the yellow flag was “premature” and how the race director wished he didn’t throw it.

With the All-Star Race being an event for entertainment, it is not surprising that caution was thrown because it gave NASCAR another restart. However, allowing Blaney to continue forward with his window net latched up was questionable.

Overall, NASCAR really dropped the ball last night and they would admit that, as Miller expressed above. As long as they don’t make this mistake in a race that determines the championship, that’s okay.

Luckily, it was not a points-paying event so there was not much lost in overtime. It does express why NASCAR needs to change what is going on with the event, which will be discussed later.

2. Ferrari loses power and the hold on the championship

Charles Leclerc and Ferrari had a 10-second-plus lead over George Russell as they were nearing the halfway point of Formula 1’s race in Barcelona and looked to be on course for his third win of the season.

However, as Leclerc hit the curb and started to exit the corner, he lost power and was unable to finish the event. The loss of power vaulted Max Verstappen to his third straight victory and a six-point lead on Leclerc.

The 24-year-old Monegasque driver almost had a two-race lead in the point standings over Verstappen after leaving Australia, but a mistake at Imola and a DNF in Barcelona have him looking up.

Ferrari brought upgrades to Barcelona and it sure looked like they fixed some of the car’s problems and the rapid tire degradation that was being seen compared to the competitors.

Maybe, Leclerc goes into Motorsports’ biggest weekend with the Formula 1 race in Monaco and takes control of the points lead again, but the bad luck in his home event might have another say.

It’s a long season and Ferrari has found that out after being on a high in Australia. They need to continue making improvements and increase reliability with the power units or Verstappen will not lose the championship lead until things are even next season.

Specifically, four of them made the Firestone Fast 6 outside of Jimmie Johnson who had the save of the weekend during his run in the top-12 qualifiers.

However, at the end of the day, Dixon claimed the pole position for the prestigious Indianapolis 500 and broke the record for the fastest pole effort in the event’s history.

It was an incredible effort from the 41-year-old driver that further lamented his status in the sport. On another note, the speed all of them have shown also makes it a possibility that Johnson claims his first IndyCar victory.

Johnson is a seven-time NASCAR Cup Series champion but he has been dreaming of the Indianapolis 500. If the 46-year-old driver were to turn his speed into a glass of milk, it would shake the Motorsports world.

There is so much that goes into winning this event. Chip Ganassi Racing’s pure speed is a starting point and it was evident from this week. Johnson needs all of that speed to come home victorious next weekend.

4. The status of the NASCAR All-Star Race

The entire race needs a retool. There are many things that need to change moving forward. If NASCAR is going to keep it on the schedule, these are some things they need to consider.

Move it far, far away from Texas Motor Speedway. The environment might be great, but let’s be honest, the racing last night was not good. It’s as simple as that.

Team Penske arguably did not have the best cars last night. However, track position was the biggest thing since it was so hard to pass another competitor. That should not be the nature of the All-Star Race.

The gimmicky rules that are set in place should be another idea that goes to the pasture. If there was no rule that mandates the race to finish under green-flag conditions, it wouldn’t have been an issue.

It’s understandable why NASCAR wants to have these rules in place since it is just an exhibition event, but they need to be enforced the right way and the broadcast needs to fully explain it beforehand.

The All-Star Race needs some cleaning up and that’s just the beginning. Last night was not a great product and that’s a shame for racing fans who are used to amazing racing at Charlotte.

NASCAR’s NextGen car has fixed racing at tracks that have seen mediocre racing in the past. Auto Club, Las Vegas, Kansas, etc., all of them have seen fun and exciting racing.

Enter Texas. The track has been ruined by the remnants of PJ1 and made it a single-lane race track where it is very difficult to pass. While the short tracks have seen a similar issue, this is a different situation.

The 1.5-mile tracks have all seen a boost to the point where it might have saved the future of some venues. Texas has been one of the only similar tracks to not see a major improvement.

There might not be much more to do with Texas. Many fans don’t want to return to the venue, but it might be a good idea to stick it out. The track surface is relatively new, but a repave would help it out.

This is not a NexGen car problem in Texas like NASCAR faces in Martinsville. This is a Texas-sized problem. The racing product seen last night will help determine the championship and it’s a 500-mile event.

It’s going to be difficult to make the changes needed to see good racing in Texas. There needs to be a significant amount of brainstorming to make it happen by September 2022.