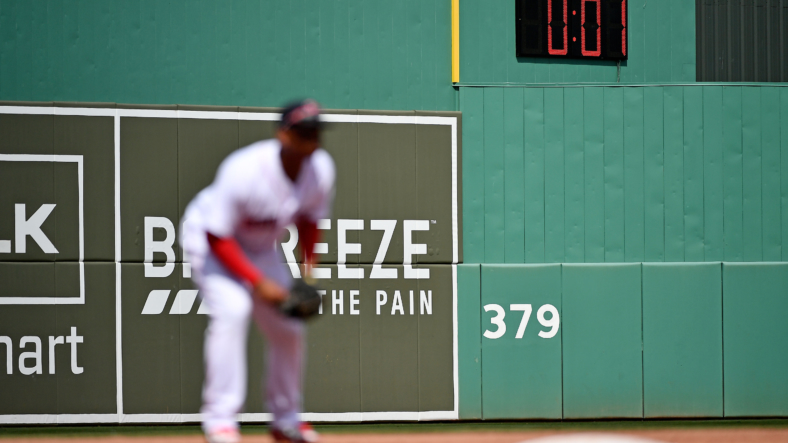 Major League Baseball is officially adopting a pitch clock and banning defensive shifts, with the moves immediately going into effect beginning in the 2023 MLB season.

League officials tested out several potential rule changes in the minor leagues this year, including increasing the size of the bases, limiting where infielders can be positioned and enforcing a strict pitch clock for the batter and hitter to follow.

After a trial run in MiLB, the implementations are headed to the majors in 2023 following a ruling by the league’s competition committee.

As first reported by Jeff Passan of ESPN, MLB will be implementing multiple rule changes next season. Among them are a pitch clock, banning defensive shifts, limiting the number of pick-off moves and increasing the size of the bases.

MLB commissioner Rob Manfred confirmed the ruling in a statement on Friday, which he said are intended to help improve the pace of play.

Examining the new pitch clock rules and their impact on pitchers

Effective in 2023, all pitchers will have a 15-second pitch clock to start their “motion to pitch” by the expiration of the time. If the pitcher fails to do so, it is a violation and there is an automatic ball. If the hitter fails to be in position for his at-bat in that 15 seconds, it becomes an automatic strike.

If there are runners on base, a pitcher will operate with a 20-second pitch clock. The new rule is going to have a significant impact on practically every pitcher in baseball moving forward. 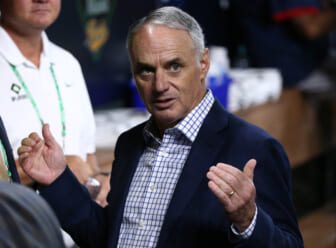 According to Baseball Savant, only 12-of-171 pitchers who have thrown at least 500 pitches this season have an average tempo under 15 seconds. Of that select group, four (Miles Mikolas, Nestor Cortes, Logan Gilbert, Cal Quantrill) have an average pace of 14.9 seconds.

The numbers are even more staggering with runners on base. Only four starting pitchers with 500-plus pitches thrown have an average tempo under 20 seconds. Of that group, Shane McClanahan (19.9 seconds) and Jesús Luzardo (18.9 seconds) barely make the cut. New York Yankees’ Frankie Montas (27.9 seconds), Arizona Diamondbacks’ Zac Gallen (26.8 seconds) and Philadelphia Phillies’ Aaron Nola (26.7 seconds) have among the slowest average tempos with runners on base.

However, MLB will point to minor-league games lasting on average under 2 hours and 40 minutes since the rule changes were implemented as evidence the plan is effective to accomplish its specific goals.

In an effort to increase the number of hits and drive up runs, MLB is also banning where teams are allowed to position infielders. Moving forward, there must be two fielders with their feet on the dirt on each side of the second base bag.

As a result, managers will no longer be allowed to position an infielder in the shallow outfield to account for the hitter’s tendency to hit the ball in a specific direction. It also means the four-man outfielder will no longer be permitted.

The committee that approved the new rules is made up of six ownership-level representatives, four players and a single umpire. Players pushed back against the short pitch clock and banning the shift, but were outvoted by reps serving on behalf of team owners.

A pickoff or a step-off with runners on base will reset the pitch clock, but a pitcher is only allowed two per plate appearance and the number only resets if the runner advances a base. Meanwhile, the bases are being expanded from 15 to 18 square inches. Both rules are being added with the goal of increasing stolen bases.