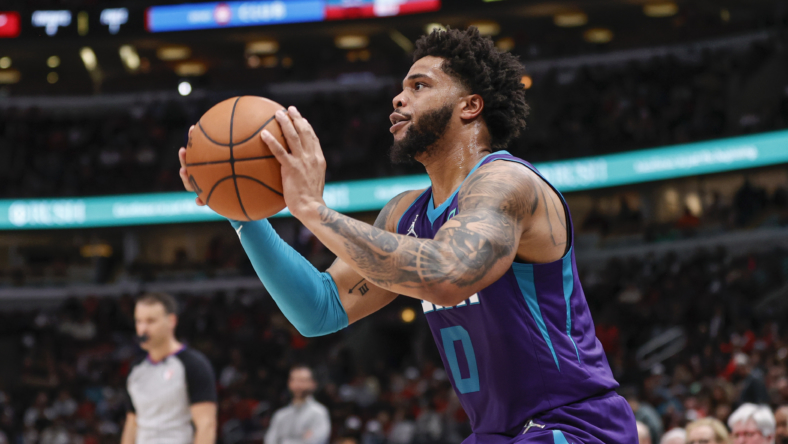 Appearing in Los Angeles Superior Court on Thursday, Bridges pleaded no-contest to a felony domestic violence charge. In the process, he reached a deal with prosecutors that includes three years probation, but no jail time.

The no-contest plea means that Bridges accepted responsibility for his role in the incident without admitting guilt.

The former first-round pick was accused of assaulting his then-girlfriend in front of their two children in May. Back in July, the Los Angeles District Attorney’s office charged him with three felonies.

Shortly aftter the arrest, the woman accusing Bridges of domestic violence shared a disturbing video alleging that the injuries she incurred were a direct result of the incident in question.

“I hate that it has come to this but I can’t be silent anymore. I’ve allowed someone to destroy my home, abuse me in every way possible and traumatize our kids for life.

I have nothing to prove to the world, but I won’t allow anyone who could do something so horrible to have no remorse and paint a picture of something I’m not. I won’t allow the people around him to continue to silence me and continue to lie to protect this person.”

Under the plea, the two felony child abuse charges were dropped. Bridges’ probation also includes a requirement that he takes part in a 52-week domestic violence counseling class, 52 weeks of parenting classes and serves 100 hours of community service.

What the plea deals means for Miles Bridges’ NBA career

Bridges, 24, was arrested within hours of the NBA free-agent tampering period starting this past summer. At that point, he was considered one of the top restricted free agents on the market and was set to receive a max-contract offer. Obviously, the arrest changed things big time.

While we hate to focus on the basketball component to all of this, that’s what Sportsnaut covers.

From a technical standpoint, any team is able to sign Bridges to an offer sheet. Charlotte had extended a qualifying offer to the forward, and opted against pulling it after the arrest. This means he remains a restricted free agent.

Coming off a career-best season. Bridges’ on-court impact is not in question. Rather, it’s all about whether a team would want to take on the PR hit that would come with signing him.

It’s also important to note that Bridges faces discipline from the NBA. Under the current collective bargaining agreement, Commissioner Adam Silver and Co. can opt to suspend, fine or simply disqualify the former Michigan State star from further association with the league.

As for a return to the Hornets, that does not seem to be in the cards at this point. While they retain his rights for now, the organization seems to have moved on from their former lottery picky. It would also be a surprise if other teams showed initial interest in Bridges despite his on-court ability.