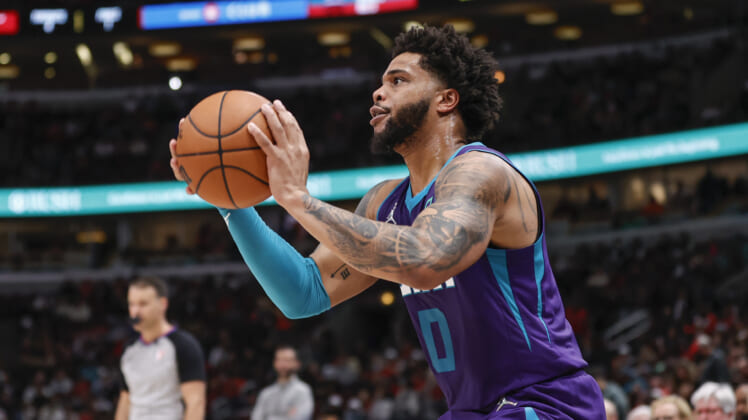 Bridges, age 24, turned himself into law enforcement on Wednesday after being accused of domestic assault during a physical altercation on Tuesday.

As first reported by TMZ, Bridges was charged with felony domestic violence after a woman claimed an argument with the 6-foot-7 NBA star became physical. Police were called to the scene and she required medical attention, while Bridges had already left the scene.

After turning himself in, bail was set at $130,000 and Bridges was eventually released. Hours after being released from custody, TMZ was provided a video of the forward at a local gym in Los Angeles doing a casual workout.

Bridges’ wife Mychelle Johnson has come forward with harrowing allegations of abuse against her and trauma inflicted on their children. In an Instagram post, with disturbing photos included, Johnson described the abuse she suffered and seemed to provide a medical report that explained she suffered a nasal bone fracture and a concussion as “a victim of abuse by a male partner.”

Johnson, a former college basketball player, also accused Bridges of choking her until she fell asleep. In her post, she also said the incidents happened in front of her children.

The NBA fined Bridges $50,000 in April for throwing a mouthpiece into the crowd after being ejected from a game. The mouthpiece hit a fan, with Bridges later apologizing for the incident.

“I lost my cool last night with a lot of stuff that went on. I normally don’t act like that and that was an embarrassment on my part and for the organization.”

Drafted 12th overall by the Los Angeles Clippers in the 2019 NBA Draft, Charlotte acquired him in a player swap for Shai Gilgeous-Alexander. A restricted free agent, the Hornets have the right to match any offer another NBA team makes.