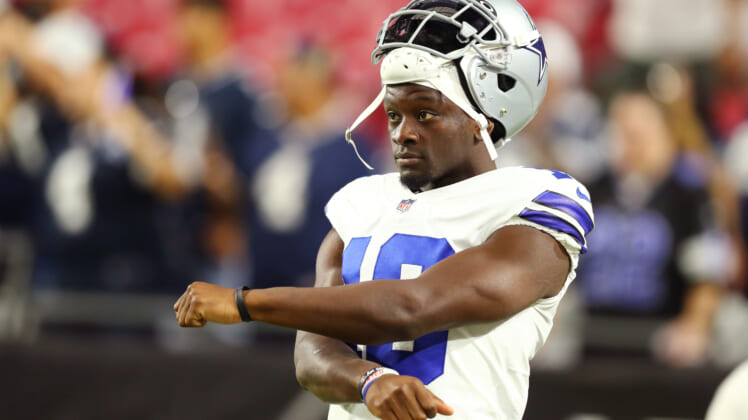 The Dallas Cowboys could finally get star wide receiver Michael Gallup back in the mix after he suffered a torn ACL last season. If so, it would represent the first good injury news for Dallas in some time.

Cowboys head coach Mike McCarthy indicated on Monday that they are going to attempt to get Gallup a “full slate” in practice this week with the expectation that he will suit up against the New York Giants next Monday.

Gallup, 26, suffered the injury back in Week 17 of last season against the Arizona Cardinals. It’s been a slow process for him to return to the field with the Cowboys playing this close to the vest. Gallup’s potential return comes months after he inked a five-year, $57.5 million deal to remain in Dallas. It also couldn’t come at a better possible time.

At least initially, Gallup will be eased back into duty. He won’t simply play the 80-plus percent of snaps that we’ve seen from the wide receiver over the past thee seasons. Rather, he’ll be a part-time player out of the gate.

Even then, there’s a major need behind CeeDee Lamb on the Cowboys’ depth chart at wide receiver. Noah Brown played well in Sunday’s win over the Cincinnati Bengals. But he’s not a starter-caliber receiver. With quarterback Dak Prescott still sidelined to injury, getting another productive weapon with Lamb for stopgap quarterback Cooper Rush will loom large. Gallup has been that throughout his career prior to missing the final eight games of last season.

Set to take on a Giants team that’s surprisingly 2-0 on the season come next Monday night, any availability on the part of Gallup could be big for Dallas.