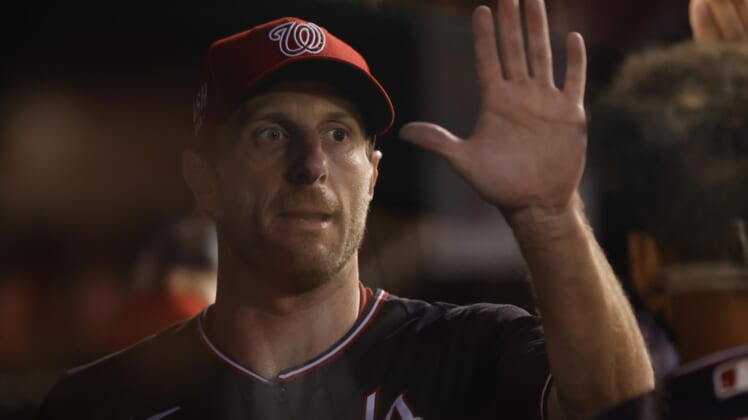 Three-time Cy Young winner Max Scherzer of the Washington Nationals could be among the big names moved ahead of Friday’s MLB trade deadline.

Scherzer, 37, still continues to pitch at a high level despite his advanced age. The pending free agent has tallied a 7-4 record with a 2.83 ERA and 0.89 WHIP while striking out 142 batters in 105 innings this season.

Despite some recent injury issues (scratched from start this past weekend), Scherzer is going to draw some big interest on the trade market.

As for Washington, the team entered Tuesday’s action with a 45-54 record and 8.5 games behind the first-place New York Mets in the National League East. It is going to be in sell-off mode here over the next couple days.

According to this note from Jon Heyman of MLB Network, Scherzer’s list of preferred teams include three National League West contenders in that of the Los Angeles Dodgers, San Francisco Giants and San Diego Padres.

He also might be willing to move to other west coast teams in that of the Oakland Athletics and Seattle Mariners. But they seem like unlikely destinations right now. Assuming it does come down to those three NL West teams, let’s take a look at how Scherzer would fit on each squad.

As you already know, Bauer is on administrative leave after eye-opening allegations of sexual assault were levied in his direction. There’s no telling when the high-priced free-agent signing and reigning NL Cy Young winner will return. Heck, he might have played his final game in the blue. 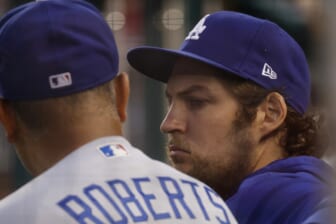 On the field, Scherzer would make a ton of sense for the free-spending Dodgers. They entered Tuesday’s action with a 61-40 record and still boast a tremendous top end of the rotation. Walker Buehler has been the defending champ’s best starter this season, pitching to a 10-1 record with a 2.31 ERA and 0.91 WHIP. While Clayton Kershaw is in the midst of a down season, Julio Urias (12-3 record, 3.63 ERA) has stepped up. Adding Scherzer to the mix would be big as Los Angeles looks to catch up to San Francisco in the division.

Pretty much the most-surprising story in Major League Baseball this season, San Francisco currently boasts the best record in the game at 62-37. The expectation here is that front office head Farhan Zaidi will be active. With that said, San Francisco is also attempting to replenish its farm system. Acquiring a rental like Scherzer might come cheaper than trading for someone under team control beyond the 2021 season.

San Francisco’s no-name rotation has been tremendous this season with offseason acquisitions such as Kevin Gausman, Anthony DeSclafani and Alex Wood combining for a 28-11 record and all boasting ERA’s under 3.66. Adding a top-end rotation option would set San Francisco up well moving forward.

After acquiring super-utility man Adam Frazier from the Pittsburgh Pirates, rumors suggest that San Diego is now in the market for another starter. It’s no surprise given just how active general manager A.J. Preller has been on the trade front.

Despite boasting a 58-44 record, San Diego lags behind both the Giants and Dodgers in the National League West. That’s where adding Scherzer to the mix could make sense. More than anything, the Padres’ rotation has struggled to an extent with the likes of Chris Paddack (5.17 ERA) and Blake Snell (4.93 ERA) failing to live up to expectations. Max Scherzer would be a shot in the arm in San Diego.