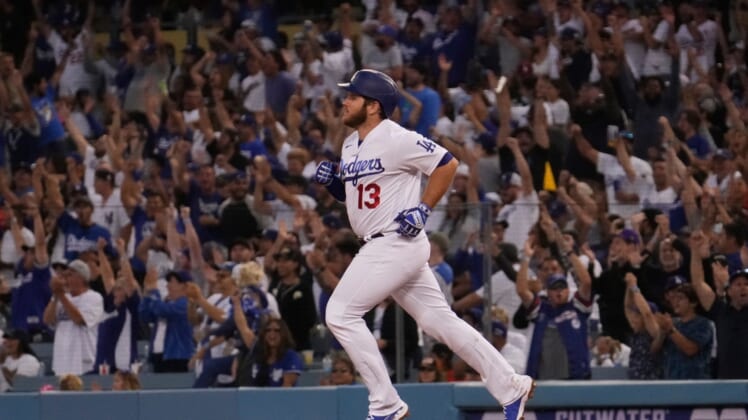 Max Muncy hit a home run and Walker Buehler pitched 6 2/3 strong innings as the host Los Angeles Dodgers pulled off a sweep of a two-game series against the rival San Francisco Giants with a 3-1 victory on Tuesday.

Muncy’s home run was his seventh in nine games against the Giants this season. Chris Taylor added a two-run double as the Dodgers won their fifth consecutive game after they were no-hit by the Chicago Cubs on Thursday.

Buehler (8-1) gave up one unearned run and just three hits, with one walk and seven strikeouts. He threw a career-high 113 pitches.

Steven Duggar had an RBI double for the Giants, who were playing without Mike Yastrzemski after the outfielder fouled a ball off his right leg in Monday night’s game.

The Giants have dropped three consecutive games for the first time since May 21-23, when they were swept by the Dodgers in a three-game series at San Francisco.

The Dodgers loaded the bases with one out in the first inning against Giants starter Kevin Gausman on two walks and a hit batter, but they were in danger of blowing the opportunity when Will Smith struck out. Taylor then squirted a double inside the first base bag for a 2-0 lead.

With Buehler cruising, the Dodgers made it 3-0 in the third inning when Muncy took Gausman over the wall in center field.

Muncy’s 17th of the season came on his bobblehead night that had a Bay Area theme. The “Get It Out of the Ocean” bobblehead was a reference to his home run into the San Francisco Bay in 2019 against then-Giants pitcher Madison Bumgarner.

Gausman (8-2) gave up three runs over five innings on three hits and a season-high five walks. He struck out four. It was just the second time this year the right-hander has given up more than two runs in an outing.

Buehler appeared to have finished seven scoreless innings, but shortstop Gavin Lux misplayed a two-out ground ball by Wilmer Flores to extend the frame. Duggar then hit a full-count double. Buehler rebounded from his first loss since Sept. 21, 2019, a span of 23 starts that tied a franchise record.

Dodgers closer Kenley Jansen pitched the ninth inning for his 20th save, the ninth time he has recorded at least 20 saves in a season. He hit leadoff man Alex Dickerson and walked Buster Posey before retiring the next three hitters in a row.