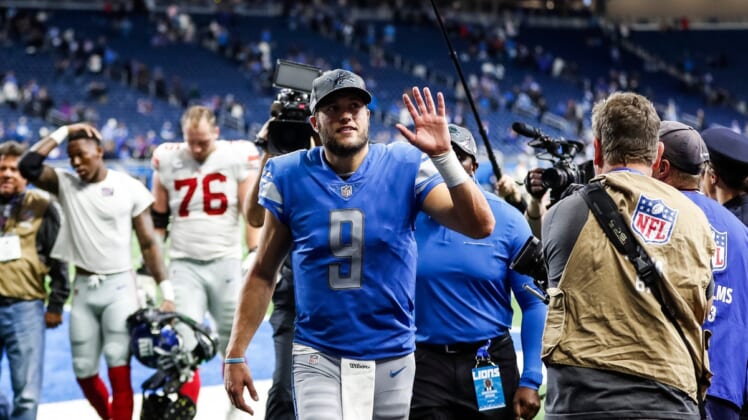 Matthew Stafford has played his last snap for the Detroit Lions. With the organization set to undergo a rebuild under a new head coach and general manager, Stafford will be traded this offseason.

The No. 1 overall pick in the 2009 NFL Draft, the 32-year-old quarterback gave the organization 12 outstanding seasons. Now, in an offseason with plenty of teams in the market for a quarterback upgrade, he suddenly becomes the top option available on the trade market.

From the moment the Lions hired Brad Holmes as general manager and gave Dan Campbell a six-year contract to become their head coach, a rebuild felt inevitable. Seeing the evident signs of where this team was headed, Stafford has requested a trade. According to NFL Network’s Tom Pelissero, it’s a wish the team plans to grant this offseason.

Stafford carried the Lions as far as their rosters and coaching could possibly go during his 12-year stint. After winning just three combined games in his first two seasons, Detroit rebounded in 2011 with a 10-win season. Their best season came in 2014, when they posted an 11-5 record and made the NFL Playoffs for the first time since 1999.

Detroit would make three playoff appearances thanks to their franchise quarterback. After seemingly showing signs of progress, the team took a massive step back after hiring Matt Patricia to replace Jim Caldwell. Despite all the issues within the organization, Stafford still played like one of the best quarterbacks in the NFL.

He will finish his time in Detroit with 45,109 passing yards, a 282/144 TD/INT ratio and an 89.9 quarterback rating. Stafford made the Pro Bowl in 2014 and set multiple single-season NFL records for passing attempts (727), fourth-quarter comebacks (eight) and became the fastest player to reach 45,000 career passing yards (165 games).

As word spread of Matthew Stafford requesting a trade, the NFL community immediately started buzzing about potential landing spots and roasted the Lions for wasting another legendary player.