Why Los Angeles Dodgers have nightmare offseason ahead of them 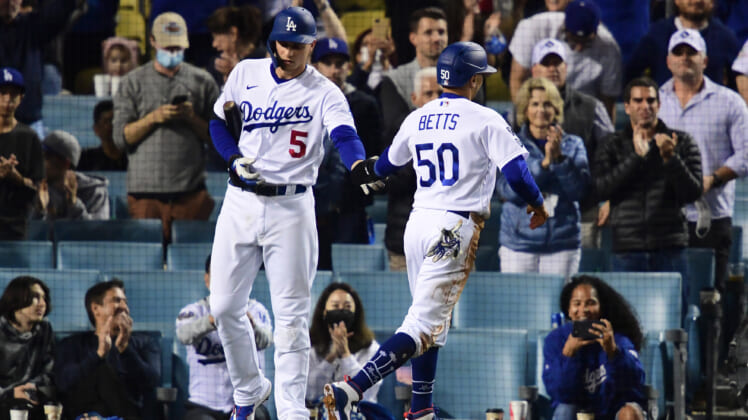 Roughly a year and a half ago, the Los Angeles Dodgers traded for then-Boston Red Sox outfielder Mookie Betts. The star right fielder, who was later given a $365 million extension, helped the Dodgers break through and win the World Series for the first time since 1988.

In the offseason that followed, the Dodgers signed right-hander Trevor Bauer to a three-year, $102 million deal, giving manager Dave Roberts quite possibly the best roster in MLB. However, Bauer’s 2021 campaign essentially ended in late-June when he became the subject of a sexual assault investigation.

Every one of these transactions and the mentality the front office adopted at the MLB trade deadline has set the Dodgers up for a nightmare offseason.

The following individuals are free agents this offseason: Max Scherzer, Clayton Kershaw, Corey Seager, Chris Taylor, Kenley Jansen, Joe Kelly and Corey Knebel. This team had far and away MLB’s highest payroll in 2021 at roughly $267 million per Spotrac. For perspective, the New York Yankees were second at roughly $203 million.

Yes, the Dodgers’ payroll was $60-plus million higher than the second-highest team’s payroll. Furthermore, the difference between the two teams’ payrolls is greater than the end-of-season payrolls of the Miami Marlins, Pittsburgh Pirates, Baltimore Orioles and Cleveland Indians. Okay, the point here is the Dodgers are going to lose impact players this offseason.

Los Angeles gave up their two top prospects, catcher Keibert Ruiz and right-hander Josiah Gray, as well as two other now top-20 prospects in Donovan Casey and Gerardo Carrillo, to get Scherzer and Turner. One would imagine that they try to keep Scherzer on a hefty, short-term deal. Does that mean Kershaw, who is franchise royalty, is let go?

As for shortstop, the Dodgers played Turner at second base, a position he never extensively played in the big leagues, this season. Turner likely moves back over to shortstop next season with Seager leaving in free agency. Why would the Dodgers not want Seager back? He has become one of the elite shortstops in the game. Well, they have to protect their midseason investments in Scherzer and Turner, so they likely lose the continually improving Seager.

Taylor had the best season of his MLB career at the plate in 2021, and he plays multiple positions. Much like Kike Hernandez last offseason, multiple teams will likely line up to offer Taylor a permanent starting job, rather than a makeshift starting role dependent on what other moves are made around him.

It would also be safe to think at least one of Jansen, Kelly and Knebel don’t return given them being reliable relievers, as well as the Dodgers having other capable arms alongside them.

Are Los Angeles Dodgers poised to lose stars in the future?

At the end of the day, the Los Angeles Dodgers can’t win this offseason. Every decision they make both big and small has a consequential impact on their operation in the short and long term.

On one hand, they can pull out all the stops to keep Scherzer. In this scenario, they move on from a handful of lifelong or recently impactful players like Kershaw, Seager and Taylor in favor of squeezing out a couple more elite seasons from Scherzer.

Their other option is keeping all their free agent relievers, giving Seager a loaded bag of candy and keeping Kershaw over Scherzer. The issue here? President Andrew Friedman would’ve moved on from two blue-chip prospects in Ruiz and Gray and two other could-be MLB players for a two-month rental while subsequently losing Turner to free agency after 2022.

Regardless of which route they take or the way they mix keeping the old and new, the Dodgers have a contractual issue on their hands. At some point over the next three years, it’s going to be time to extend Walker Buehler, Max Muncy and Cody Bellinger. 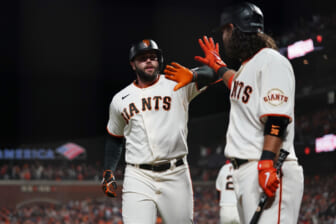 Also Read:
Why San Francisco Giants will return to MLB Playoffs in 2022

Buehler is a shoo-in to get top-level money. Muncy has a case for an extensive contract. While inconsistent, Bellinger will get his fair share. All the while, Turner is going to want a contract along the lines of what Seager receives this offseason and Francisco Lindor got with the New York Mets (10-year, $341 million deal.)

No matter how rich a sports franchise may be, they can’t afford to keep every single player, and the Dodgers are no exception. They’re punching themselves in the rear in reckless fashion. Perhaps the worst part of this entire situation is that it could’ve been avoided.

Since winning the 2020 World Series, the Dodgers have operated like a team that’s desperate to finally win a championship. Reminder: they just won it all a year ago. It’s bizarre, was unnecessary and has put them in an impossible situation this offseason, specifically because they threw a haymaker and missed.

The Dodgers were built to withstand a couple free agent losses. Even when he was raking for the Red Sox in the playoffs, was there ever a moment where the Dodgers missed Kike Hernandez? There wasn’t. That’s because they had Betts, Bellinger, Taylor and A.J. Pollock, and if Taylor leaves, they still have an incredible outfield. 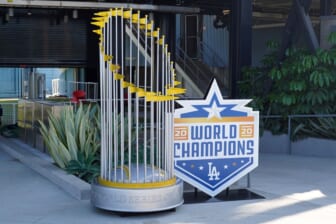 In the likely scenario that Seager departs, the Dodgers have MLB-caliber players who can start in the infield like Matt Beaty, Gavin Lux and Edwin Rios. These players have been blocked because of the depth at the big-league level. Pitching wise, if Scherzer and Kershaw leave and Bauer never returns, Roberts still has Buehler, Julio Urias, Dustin May, Tony Gonsolin and David Price.

A predicament exists because the Los Angeles Dodgers acquired players they didn’t need by means of moving on from top-tier prospects. Scherzer and Turner were superfluous additions for two reasons: 1) the Dodgers still had a high-level lineup and starting rotation with the injuries and absences they were dealing with at the time of the trade and 2) their playoff standing wasn’t impacted by the midseason arrivals.

The Dodgers won 106 games this season, and it only got them the first NL Wild Card seed, which they attained by 16 games over the St. Louis Cardinals, who they beat on a walkoff home run in the one-game playoff. They could’ve lost 10 more games and had the same outcome.

One of two things will happen to the Los Angeles Dodgers over the next six months: 1) they will lose multiple players who are near and dear to the organization or 2) their investments in Scherzer and Turner will blow up in their face.

In other words, their payroll inflates to an inordinate degree resulting in them later losing young stars who will be nearing their prime once they hit free agency or they end up epically losing a trade that was intended to help them win the World Series. Pick your poison, Dodgers.