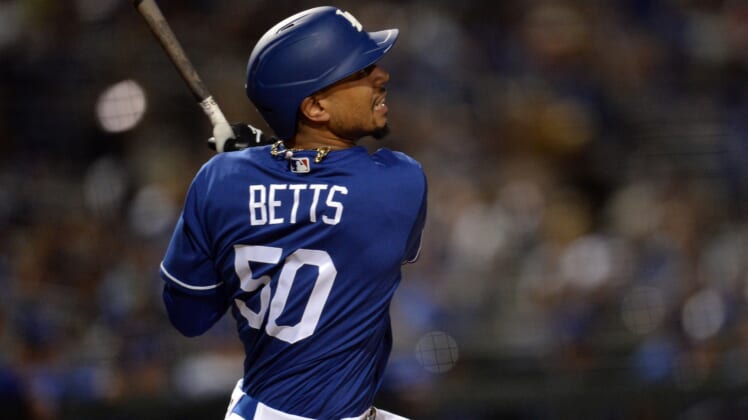 The Los Angeles Dodgers have signed All-Star outfielder Mookie Betts to a 12-year contract extension, keeping him in Los Angeles just a few months after trading for him.

Los Angeles acquired Mookie Betts in February, landing the 2018 AL MVP winner in a multi-player deal that also landed the club David Price. With Opening Day of the 2020 MLB season set to begin on Thursday, Betts will step into the lineup after signing a massive contract extension.

As part of the agreement, per ESPN’s Jeff Passan, Betts will play out the upcoming season on his $27 million salary. The 27-year-old outfielder made MLB history earlier this offseason, breaking the arbitration salary record.

The new contract will go into effect beginning in the 2021 season. It is the largest contract extension in MLB history, surpassing Mike Trout’s $360 million extension.

Trout still carries the largest total contract in MLB history, with his deal topping out at $426.5 million over 12 years. However, Betts now becomes the second-highest paid player in baseball with $392 million across the life of his 13-year contract.

Betts’ contract, which carries a record $65 million signing bonus, could keep him in Los Angeles through the 2032 season.