LeBron James and Tom Brady among 10 highest-paid athletes in 2022, Jake Paul lands at 46 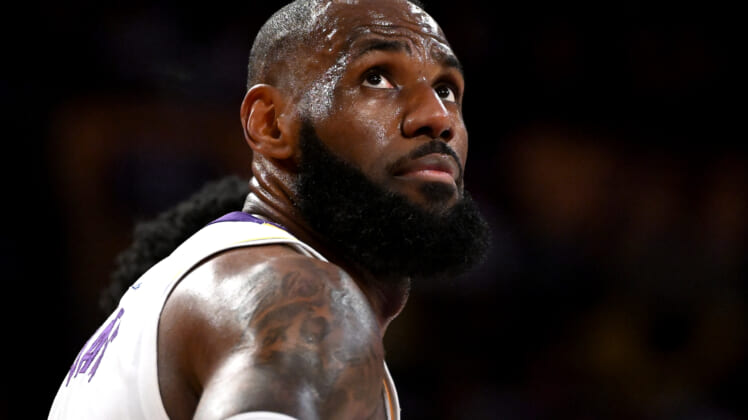 In a surprise to no one, Lebron James and Tom Brady are two of the best paid professional athletes in the world. However, in a possible sign of things to come, YouTuber turned boxer Jake Paul has joined the illustrious group’s top-50.

On Tuesday, Forbes released their yearly list of the highest-paid athletes in the world. Unsurprisingly, just like they were in 2021, soccer superstars Lionel Messi and Cristiano Ronaldo landed in the top three. However, in 2022, the Argentian player moved up from No. 2 to the top spot with $130 million. As for Manchester United star Ronaldo, he remained at No. 3 for back-to-back years but went down $5 million in earnings to $115 million.

Related: Who are the highest-paid athletes in the world and which sports do they come from?

Sandwiched between the two soccer legends, and up three spots from last year is Los Angeles Lakers franchise star, Lebron James. In 2022, he earned nearly $25 million more than he did the previous 12-months — through his various endeavors on and off the court — to snag the second spot on the list of wealthiest athletes. After starring in the sequel to 1990s hit “Space Jam” and selling a minority stake in the production company behind it, he increased his net worth in the last year to $825 million.

Lebron James and Tom Brady among 10 wealthiest athletes in 2022

Legendary NFL quarterback Tom Brady was the top American football player on the list at No. 9 — the same spot he held in 2021. Despite landing in a similar position as last year, Brady actually earned nearly $8 million more over the last year, bringing his total to $83.9 million in 2022.

The Forbes list of the 10 highest-earning athletes for 2022, which includes boxer Canelo Alvarez and tennis legend Roger Federer, can be found below:

After finishing in the top spot last year, UFC superstar Conor McGregor fell to 35 with $43 million. Golf icon Tiger Woods landed in the top-15 with $68 million, and Formula One driver Lewis Hamilton dropped from the top-10 to No. 17 in 2022, with $65 million.

One notable inclusion to the top-50, was popular 5-0 pugilist Jake Paul. The sometimes actor, rapper, and popular YouTube personality became a major force in combat sports over the last 12-months. He expanded his brand by fighting and added to his legion of loyal supporters. Through his successful YouTube channel, pair of fights against former UFC welterweight champion Tyron Woodley, and his new Most Valuable Promotions company, he earned $38 million and ranked 46 on the new Forbes list.