Las Vegas Raiders: What could Colin Kaepernick bring to the offense? 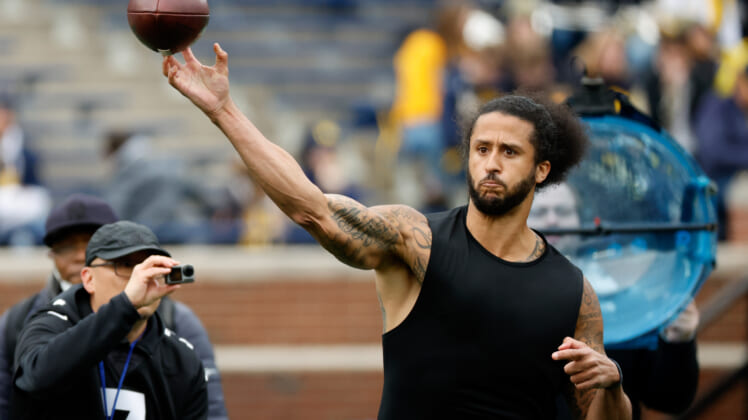 The Las Vegas Raiders gave Colin Kaepernick an opportunity to find his way back into the NFL in the form of a workout, which caused a stir over social media and within the fanbase. People for and against the Silver and Black opening its door to him feuded back and forth—some of it without any football context.

So we’ll bring it back to the schemes and concepts while cutting to the chase. The Raiders’ decision to take a look at Kaepernick absolutely makes sense from a football perspective.

When ESPN’s Adam Schefter reported that the Raiders would work out Kaepernick, quarterback Marcus Mariota came to mind.

Kaepernick has a similar build and skill set to Mariota. They’re not the most accurate passers, but both can put some stress on a defense with their legs.

Kaepernick hasn’t played in an NFL game since January of 2017, but if he’s still fairly mobile, head coach and offensive play-caller Josh McDaniels would likely feature that aspect of his skill set as former head coach and play-caller Jon Gruden did with Mariota last year.

In two years with the Raiders, Mariota only threw the ball 30 times, completing 18 of those attempts for 230 yards, a touchdown, and an interception. He made one start in place of quarterback Derek Carr in Week 15 of the 2020 term. Last year, the dual-threat signal-caller threw just two passes but had a steady role on zone reads.

If you’re wondering how McDaniels would use Kaepernick take a look at those video snippets.

Even at 34 years old, Kaepernick can make an impact with quarterback keepers in short-yardage situations. On fresh legs, he’s probably capable of outrunning defensive linemen and some linebackers to move the chains or reach the corner pylon for a touchdown.

That’s probably part of the reason the Las Vegas Raiders wanted to take a closer look at him. Does he still have the foot quickness and athleticism that he displayed during his heyday? McDaniels and his staff will make that assessment.

Josh McDaniels has a history with mobile quarterbacks

Some people questioned the legitimacy of Colin Kaepernick’s workout because of the Raiders’ bad press that focused on the recent departures of several front-office executives, reports about financial irregularities, and former team president Dan Ventrelle’s exit after he raised concerns about a hostile work environment.

Back in April, Raiders owner Mark Davis spoke fondly about Kaepernick during an episode of Race in America: A Candid Conversation:

“I believe in Colin Kaepernick,” Davis said [h/t Monte Poole of NBC Sports]. “He deserves every chance in the world to become a quarterback in the National Football League. I still stand by it. If our coaches and general manager want to bring him in or want him to be the quarterback on this team, I would welcome him with open arms.”

If Vegas had timed this correctly, the news would’ve likely dropped shortly after Ventrelle’s departure.

From a football standpoint, McDaniels has a history with mobile or non-traditional quarterbacks in the past. As an offensive coordinator with the New England Patriots, he worked with Jacoby Brissett and Cam Newton.

As the head coach of the Denver Broncos, McDaniels had an influence on the team’s decision to trade three draft picks to move up for Tim Tebow in 2010. Do you see a pattern here? 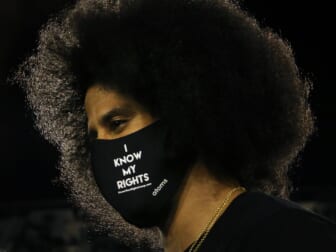 For most of his coaching career, McDaniels had the luxury of working with Tom Brady, who’s mastered the art of pocket passing, but he’s familiar with quarterbacks who can move the ball and finish drives on the ground. That’s why Kaepernick makes sense in Vegas as opposed to some elaborate ploy to sway our attention from the noise in the front office, which probably isn’t going away any time soon.

Some Raiders fans wondered how Carr and Kaepernick would mesh in the locker room. Others provided full-blown tin-foil hat theories about potential tension between the two.

For starters, the Las Vegas Raiders just signed Carr to a new deal that averages $40 million annually and added a no-trade clause. Sure, they have an early out in the contract but don’t expect them to exercise that out for a quarterback who turns 35 years old in November.

Secondly, Carr has played with guard Richie Incognito, who had a checkered past. He tried to bond with Antonio Brown before the wideout requested his release after a bizarre 2019 offseason. Many people thought Gruden’s personality would wear on him, forcing the quarterback out of Oakland/Vegas, but that didn’t happen.

Five years ago, after signing his first big-money extension, Carr had nothing but positive things to say about Kaepernick.

“I know this, he’s a talented football player. The times I’ve talked to Colin, he’s a great person. I’ve enjoyed it. I can’t speak for any other teams, organizations and all that. Obviously, we have quarterbacks so he won’t come here, but I wish him the best and I hope he gets signed, I really do. I don’t know if he wants to play, if he doesn’t, all that stuff, but if he does I really hope he gets signed because I feel like as a football player, he can help a football team.”

Fast-forward to the present, Carr knows that Kaepernick would be in competition with Nick Mullens, Jarrett Stidham, and undrafted rookie Chase Gabers for a backup position.

Mullens has starting experience, and Stidham knows McDaniels’ system from his time with the Patriots, but neither has comparable mobility to Kaepernick, who would bring another dimension to the offense.

A lot of the knocks against Vegas working out Kaepernick stem from personal opinions of him or conjecture about an organizational cover-up. 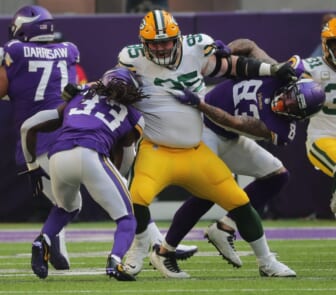 But if you analyze McDaniels’ history, Kaepernick’s skill set, and remember that he crossed paths with Raiders offensive coordinator Mick Lombardi — who served as an assistant on the San Francisco 49ers coaching staff between 2013 and 2016 — it makes sense that Silver and Black would at least give him a long-shot chance to make an impression in an effort to play in the NFL again.