Have the Las Vegas Raiders hit rock bottom after their 27-20 loss to the Jacksonville Jaguars? While many in Raider Nation like to wallow in self-pity and anger over the team’s disappointing 2-6 start, they probably have bottomed out.

With a decimated Indianapolis Colts team limping into Sin City with an inexperienced coach and no real offensive play-caller, the Raiders will likely get back in the win column Sunday at Allegiant Stadium.

Despite the overall malaise covering the fanbase and team, there are still some things to celebrate. Yes, it’s a team game, and when you’re making the kind of money these guys do, you have to win, plain and simple.

Related: NFL standings – Where are the Raiders in the NFC West standings?

Yet, the Las Vegas Raiders are seeing an improved play on the roster. Even if it doesn’t feel that way due to the three 17-point blown leads and inability to play four full quarters of football. With that in mind, here is a look at this week’s Raiders player’s stock, both up and down.

With the way, the Raiders’ defense has struggled to stop opponents and its inability to sack opposing quarterbacks, the improvement of former first-round draft pick Clelin Ferrell isn’t talked about much.

That’s understandable, but he has significantly improved and contributed up front perhaps more than anyone on the line’s interior. No, he’ll never live up to his Top 4 NFL draft selection, but he’s working hard and the current coaching staff is making progress with him. In the last year of his rookie contract with the Raiders, Ferrell has been a pleasant surprise.

Yes, the Farrell & Ferrell duo is doing well on this suspect Raiders’ defense. Pro Football Focus ranked the rookie as the No. 6 best rookie in Week 9 with a grade of 76.9 in the loss to Jacksonville.

Neil Farrell Jr. made two tackles against the Jaguars and was disruptive up front all day. He played just over 30 snaps through Week 7 but now has played 64 snaps over the past two weeks as his comfort level and grasp of Patrick Graham’s system grows.

My “Silver and Black Today” co-host Moe Moton and I loved talking up this second-year player on our podcast during the summer. He had a great rookie season, and we both believed he would only get better under the new Raiders regime. Well, we were wrong. Moehrig is struggling mightily in Graham’s scheme and has taken several steps backward in his development.

Last season Moehrig ranked No. 16 in the NFL with a 75.5 coverage rating from PFF. So far in 2022, he’s dropped to a jaw-dropping 46.7 — that’s the seventh-worst rating in the league this season. He’s given up 13 catches on 16 targets and four touchdowns in 2022 through nine weeks. His passer rating against is a whopping 151.8 in six appearances. If Moehrig wants to remain in the silver and black, something must change quickly.

Although we have talked up Parham this season, and overall he’s shown the ability to grow, this past week against Jacksonville, he was straight terrible.

Just how bad? Consider this: Parham had a league-low 16.6 passing grade in pass protection, and his run blocking wasn’t anything to write home about at 58.2. This brought his stock down, but we think he’ll rebound. 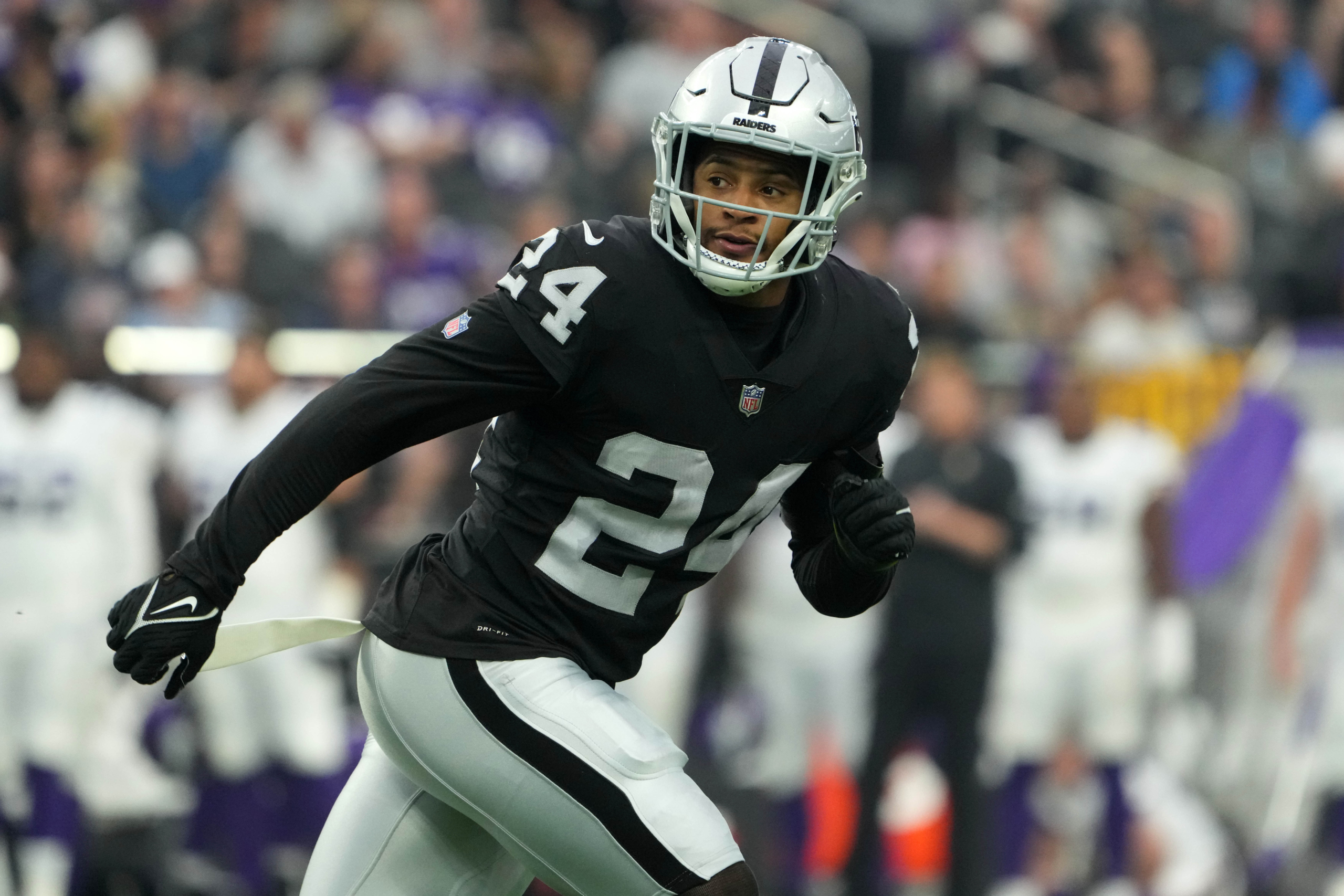 While I believe the Derek Carr/Raiders divorce at the end of the season will be an amicable split, Carr isn’t helping his future value right now. His first half was great from a results standpoint, but the uncertainty at the offensive line continues to haunt him. He looked uncomfortable and underthrew or overthrew receivers several times during the game. Carr vented his frustration after the game, and while he isn’t the reason the Raiders are 2-6, his play certainly factors in.