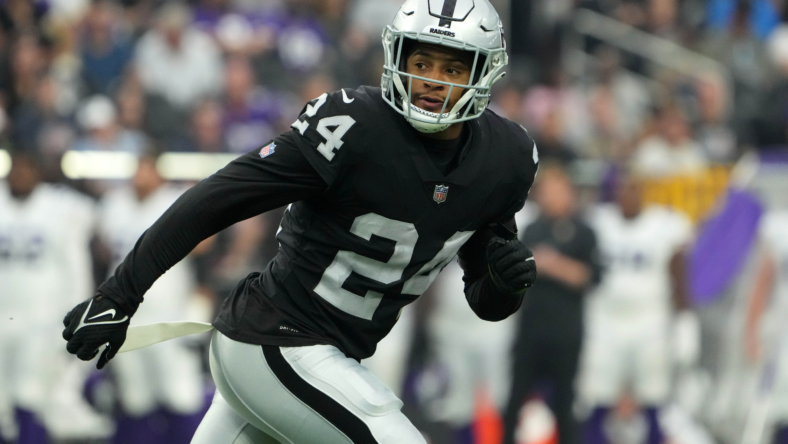 With that said, the Raiders find themselves at 2-6 on the season and in the midst of a disastrous stretch following last week’s loss to the Jacksonville Jaguars.

Apparently, Las Vegas has found a fall guy on the field. The Raiders have reportedly released former first-round pick Johnathan Abram after less than four full seasons with the team. NFL Media’s Ian Rapoport reports that they tried to find a trade partner for the safety ahead of last week’s deadline, but couldn’t find any suitors.

This is somewhat surprising news for the Raiders. Abram, 26, has started 34 of 36 games in which he’s appeared since Vegas made him a first-round pick in the 2019 NFL Draft. Though, it must also be noted that the Raiders opted against picking up the fifth-year option on his rookie deal this past offseason. They didn’t view him as a long-term option for the organization.

Over the course of the Raiders’ final three drafts with former head coach Jon Gruden and general manager Mike Mayock calling the shots, this organization had six first-round picks. Only Clelin Ferrell and Josh Jacobs remain on the team from that group.

Vegas released Henry Ruggs last season after a DUI incident resulted in the death of a woman in Las Vegas. The team also moved off fellow 2020 first-round pick Damon Arnette later in the season. Meanwhile, 2021 first-round selection Alex Leatherwood was waived ahead of the start of this season.

Abram had fallen out of favor in recent weeks, seeing a mere 54 snaps on defense over the past two games. Even then, this news has to qualify as pretty surprising for a struggling Las Vegas Raiders squad.