Las Vegas Raiders entered 2022 with a flawed roster and strategy 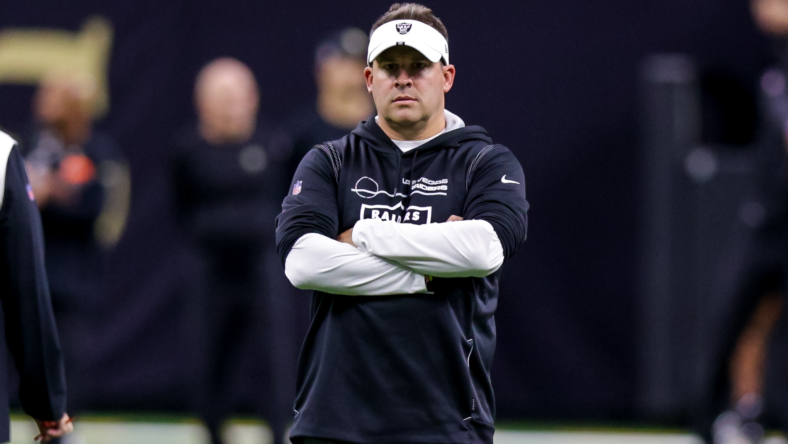 NFL reporter Albert Breer spoke on the Las Vegas Raiders’ struggles in 2022 during an appearance on the “Rich Eisen Show” and provided some insight from the perspective of someone who spent a lot of time with head coach Josh McDaniels since the former New England Patriots offensive coordinator accepted his second head-coaching job.

“That they would be able to build big leads with their offense and kind of mitigate that where your corners and your edge players are more important if you can get other teams down and their offense hasn’t come along fast enough for that to happen.”

Breer believes the Las Vegas Raiders underestimated their roster needs and thought they had enough firepower to force teams into catch-up mode, which would allow edge-rushers Maxx Crosby and Chandler Jones to pin their ears back and rush the passer while the cornerbacks kept the action in front of them.

Las Vegas Raiders had a flawed plan going into 2022

As Breer pointed out, the Las Vegas Raiders’ offense hasn’t quite clicked as quickly as many thought it would through the first several weeks of the season.

Quarterback Derek Carr’s completion rate has dropped from 68.4 percent last year to 62.9 percent heading into Week 9 against the Jacksonville Jaguars. His drop-off in efficiency has impacted wideout Davante Adams’ receiving numbers. The two-time All-Pro wideout has a 55.9 percent catch rate, his lowest mark since 2015. Also, he’s averaging 73.1 receiving yards per game, which is his lowest mark since 2017. 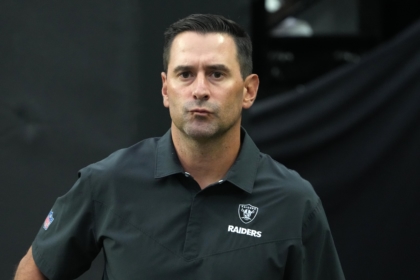 Hunter Renfrow and Darren Waller have battled injuries, but they haven’t performed well while healthy. The former has 18 catches in five contests, and the latter had a game to forget with drop issues against the Tennessee Titans. Over the last two years, both performed at a Pro Bowl level and signed extensions this past offseason. Now, they’re modest contributors when on the field.

Based on Breer’s comments, the Las Vegas Raiders knew they had limitations on the defensive side of the ball, but the team’s inability to stop opponents on third down (29th) and in the red zone (31st) have become a major issues.

The Raiders decided not to pay big money for Ndamukong Suh, and they traded Johnathan Hankins to the Dallas Cowboys before the deadline, which means rookies Neil Farrell Jr. and Matthew Butler have opportunities to showcase themselves before the team adds talent to the defensive line group in 2023.

At linebacker, Denzel Perryman and Jayon Brown have expiring contracts. Second-year pro Divine Deablo has struggled in coverage, allowing three touchdowns and a 123.6 passer rating. Once again, the Raiders need to revamp the back end of their front seven. 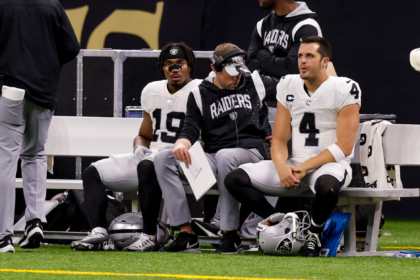 At safety, Duron Harmon looks like a steal on a one-year deal worth a little more than $1 million, but he’s 31 years old. Thus far, Tre’von Moehrig has taken a step back in his second year, and Johnathan Abram will become a free agent in 2023.

If Breer is right, defensive coordinator Patrick Graham could get a pass for the 2022 campaign as the Raiders add multiple players between free agency and the draft to address their defensive line, linebacker and safety groups. While the offense has operated well in spots, it’s not good enough to score 30-plus points a game yet—nor should that be the expectation to cover up for a sieve-like defense.