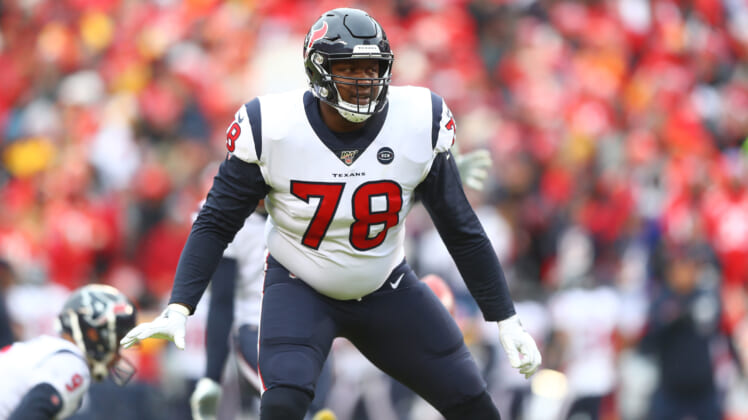 As 262 players wait to hear their name called on stage, fulfilling a dream years in the making we’re reminded of a strange occurrence that happened six years ago with offensive tackle Laremy Tunsil.

Here we are less than 36 hours from the start of the 2022 NFL Draft, with everyone seemingly clueless as to who the top pick will be during Thursday’s television event, yet the Jacksonville Jaguars still seemingly haven’t made their mind up.

For Tunsil, he remembers being a top-rated prospect too, where the Ole Miss tackle was once projected as the No. 1 overall pick himself across several mock drafts. Ultimately, the Los Angeles Rams ended up trading for the top pick in order to secure Jared Goff, causing Tunsil to slip down the board a bit, but there was a much bigger story that emerged just shortly before the draft began, one that had nothing to do with his ability to play football.

For anyone who followed the NFL closely at the time, it remains an unforgettable moment and one of the most peculiar draft day stories of all time.

Roughly 10 minutes before the draft clock started, a video emerged on Tunsil’s own Twitter account, which showed the offensive tackle smoking an unknown substance out of a gas mask. The story of the day became all about the gas mask, no one could stop talking about it.

Needless to say, this was not a good look just minutes before an NFL team was about to proudly select him with their top choice in the draft, all the while praising his character on and off the field as franchises love to do in post-draft press conferences. It placed both Tunsil and anyone who selected him in a tough spot, with them forced to answer some uncomfortable questions.

We’ve seen and heard of just about everything over the years in an effort to tank a player’s draft stock, whether it’s questioning their passion for the game, their toughness, or their personality. This was entirely different.

It was essentially an attempt at smearing a young prospect’s name, his character and his professionalism. For his part, Tunsil and his agent said his social media account was hacked. But that didn’t erase the video evidence, which was in fact Tunsil on camera.

In turn, this had to impact his draft stock. Looking back at that day, both the Baltimore Ravens, who selected Ronnie Stanley at No. 6 and the Tennessee Titans, who took Jack Conklin at No. 8, drafted an offensive tackle in places that Tunsil could have landed.

The Miami Dolphins ended his freefall, taking Tunsil at No. 13, but who knows what may have happened had Tunsil’s uncompromising video not emerged. Could he have gone in the top-10? Tunsil’s over it these days.

Laremy Tunsil’s mistake could be someone else’s gain

Since that day, Tunsil has become one of the game’s best left tackles, being named to Pro Bowl teams twice, starting 77 games in his six-year career, but he doesn’t mind bringing up the topic once more, in an effort to help others who have been dragged through the mud over the years.

As he announced on his Twitter, Tunsil is minting a 1-of-1 NFT of the actual gas mask video, to be listed, and auctioned to the highest bidder. The proceeds will benefit the Last Prisoner Project, which as Tunsil explains, “supports those incarcerated for cannabis offenses“.

That’s a unique, yet cool way to both acknowledge an incident that he’s not proud of, while also helping others in the long run. At least Tunsil’s experience has a happy ending and we can all laugh at the silliness years later.

Hopefully, there aren’t any other stories like Tunsil’s that emerge over the next few days, but this is a reminder that draft day surprises come in all shapes and sizes.