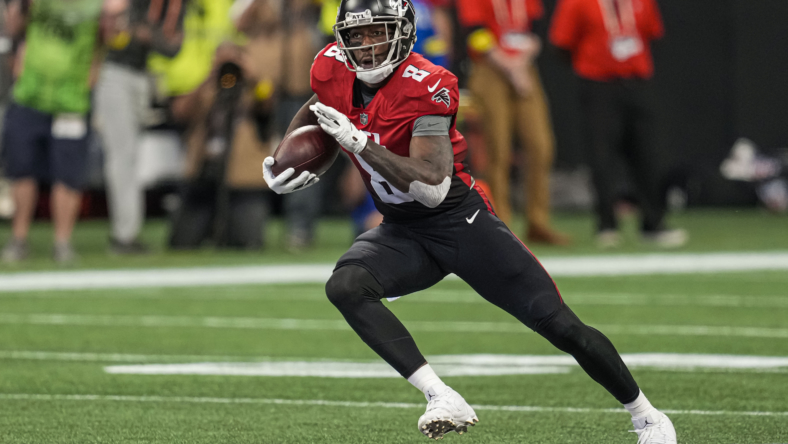 A top-five pick of the Atlanta Falcons last year, tight end Kyle Pitts is considered one of the better young skill-position players in the game.

Sure Pitts has struggled to an extent statistically as a sophomore, but his ability to make game-changing plays can’t be ignored.

In what has to be considered disappointing news for the young tight end and his surprising team, Pitts reportedly suffered a torn MCL in his knee during Sunday’s win against the Detroit Lions. It’s being reported that that the youngster will have to undergo surgery, likely costing him the remainder of the season.

This news comes with Atlanta at a surprising 5-6 on the season and firmly in the NFC Playoff race. It’s going to place a ton of onus on quarterback Marcus Mariota and other parts of the team’s offense moving forward.

As a rookie in 2021, Pitts caught 68 passes for 1,026 yards while hauling in nearly 62% of his targets. The former Florida star has been nowhere near the same player thus far this season.

He’s collected two or fewer receptions in five of his 10 appearances on the campaign. Pitts’ all-around numbers are down across the board.

It must be noted that a lot of Pitts’ struggles have had to do with Mariota’s own issues tossing the rock. The veteran quarterback has been off target on 30% of his targets to Pitts on the season. In turn, the tight end has a mere three drops.

The question here is whether Atlanta can remain in the playoff race without this offensive weapon on the field.

Mariota, 29, is averaging less than 171 passing yards per game. He’s thrown 13 touchdowns with 10 giveaways in 11 games. In order for the Falcons to remain above water, they’ll have to rely on record-breaking running back Cordarrelle Patterson and stud young receiver Drake London to do their thing in Kyle Pitts’ stead.

The Falcons have three winnable games coming up against the Washington Commanders, Pittsburgh Steelers and New Orleans Saints with a Week 14 bye mixed in before visiting the Baltimore Ravens in Week 16. That span should tell us a lot about this team heading into a final two-game stretch against the Arizona Cardinals and Tampa Bay Buccaneers.