Kyle Busch's free agency continues as intriguing news begins to emerge. What is the latest on Busch's negotiations and where does he sign for next season? 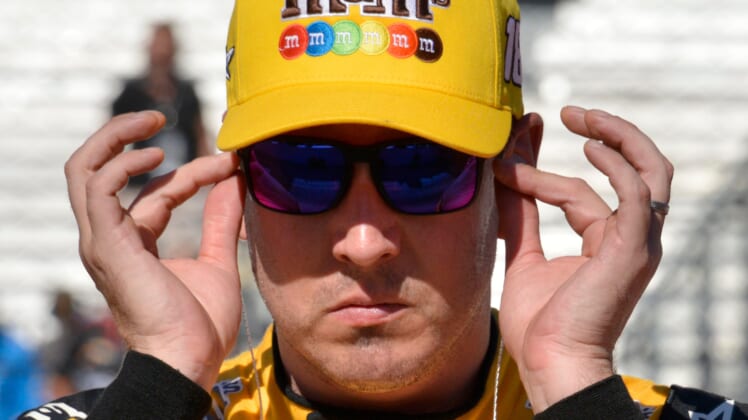 Kyle Busch’s free agency continues to be a topic of conversation as the two-time NASCAR Cup Series champion looks to return to Joe Gibbs Racing for the 2023 season and beyond.

Let’s dive into the latest developments on Busch’s situation.

Kyle Busch talking to organizations outside of Joe Gibbs Racing

Kyle Busch admitted a few weeks ago that he is talking to organizations outside of Joe Gibbs Racing as his contract negotiations with the team continue to go forward. 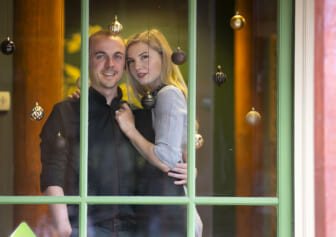 Also Read:
Frankie Muniz has eyes on NASCAR for the 2023 season

However, many have been interested to figure out which teams Busch may have been talking to when he said these comments. Well, that might have been figured out.

Stewart-Haas Racing and Kaulig Racing are the likeliest suitors for Busch if the organization does not re-sign him, according to The Athletic’s Jordan Bianchi.

Both teams likely don’t present the championship-caliber equipment for Busch to truly compete but they would seemingly be willing to pay him and move past the sponsorship issue.

When it comes to the 37-year-old driver, it seems smart to pursue his services and teams like Hendrick Motorsports and Trackhouse Racing would be better options than those listed above.

However, these are Busch’s thoughts on talking to other teams and staying with Joe Gibbs Racing.

“My first goal is to stay at Joe Gibbs Racing. If the musical chairs music stops and I’m still standing and I don’t have a set, I’m screwed. So I have to make sure I continue to talk and evaluate each place and each situation to find something.”

Kyle Busch on talking to other teams

It’s not a sign that negotiations are dying between Busch and Joe Gibbs Racing. The idea to have a backup plan in case those negotiations fizzle out is a smart idea.

Joe Gibbs Racing’s backup plan is promoting Ty Gibbs to the No. 18 car but it doesn’t mean the organization doesn’t want to bring back its most notable driver. 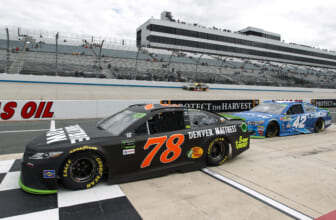 Either way, the teams that Busch is talking to might not be fully known and it’s something to watch as things progress in the days, weeks, and months ahead.

Kyle Busch continues to negotiate a deal for the 2023 season and he made comments relating to those negotiations before the event at the Indianapolis Road Course last weekend.

With sponsorship issues for Busch, the driver has conceded that he won’t ask for a major contract and would be fine with a one-year bridge deal so the two sides can negotiate moving forward.

“I don’t think money has ever been the objective or ever been in the issue. Obviously I know where the sport’s landscape is; I know what’s happening. The talk from my side was that I know there needs to be concessions made to race for under my market value.”

Kyle Busch on his negotiations

It’s notable in the fact that Busch is willing to race under his market value. Mars leaving the No. 18 car at the end of the 2022 season has already created a massive money void so the contract itself should be smaller without sponsorship.

Busch was in conversations with Oracle before it fell through a while ago. Now, they continue to search for a sponsor as both sides want to keep the partnership.

It is concerning that one of NASCAR’s most polarizing figures is struggling this much to land sponsorship. If Busch can’t land any sponsors, is that his issue or the sport’s problem?

That will remain to be seen but the hope is that Busch can figure out the sponsorship situation for the sake of everyone involved.

Why Joe Gibbs Racing is the best option

It’s easy to say that Kyle Busch should leave Joe Gibbs Racing because they are struggling to negotiate a contract for the 2023 season and beyond. However, does it make logical sense?

No, it does not make sense in the slightest, and Busch leaving Joe Gibbs Racing would be an insanely huge error by the organization to not exhaust every option to keep him.

As stated above, Busch’s options of Stewart-Haas Racing and Kaulig Racing do not present equipment even close to his current ride and would likely stamp away some of his best years.

Busch’s first goal is to remain at Joe Gibbs Racing but it’s not his only option. The organization also has an option with Ty Gibbs but they have more to lose if Busch was let go to another team or manufacturer. 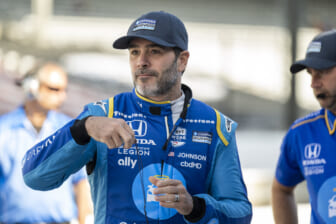 Needless to say, so much will change if Busch leaves Joe Gibbs Racing that is not related to the driver’s move. It will send ripple effects through the bottom two series and the series’ below them.

The future of NASCAR would drastically change in one swift movement. While the drama of it would be fun to track, it makes too much sense to continue the relationship between both parties.

There are restless nights ahead as these negotiations continue between Kyle Busch and Joe Gibbs Racing. The situation itself is one to keep an eye on closely moving forward.