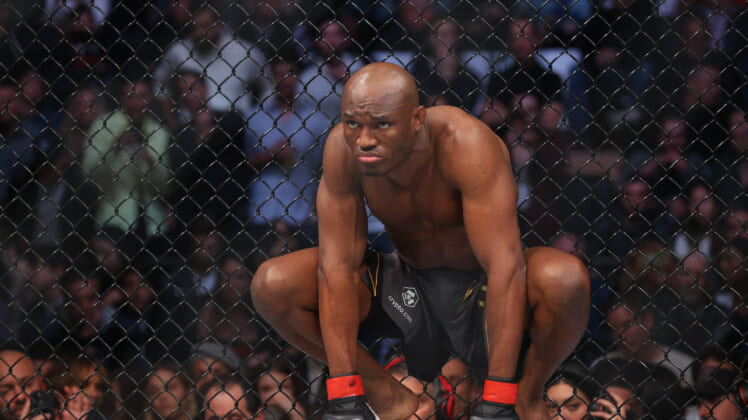 The manager of UFC welterweight king Kamaru Usman claims that his client can beat the top-3 light heavyweights in the world, including the division’s new champion Jiri Prochazka.

On Saturday night at UFC 275, fight fans witnessed one of the best light heavyweight title fights in MMA history. Defending champion Glover Teixeira and top contender Prochazka battled over five highly competitive rounds that showcased the best facets of the sport. And to cap it all off, the bout ended with a last-minute submission victory from the challenger when he was likely headed to a unanimous decision loss.

The matchup displayed the elite-level talent in the UFC’s 205-pound weight class. However, one man that seemed somewhat unimpressed by Texiera vs Prochazka was Dominance MMA boss Ali Abdelaziz. The representative of some of the best fighters in the world, including Usman, took to Twitter a day after the bout to make a bold proclamation. That his championship client could beat Teixeira, Prochazka, and former titlist Jan Blachowicz in a fight, even though the trio competes at a weight class 35-pounds higher than Usman’s.

“I just rewatched the UFC Light Heavyweight Championship. I believe [Kamaru Usman] will beat Jiri, Jan, and Glover. Not talking trash, but this is real,” Abdelaziz wrote.

Could Kamaru Usman vs Jiri Prochazka happen in 2022?

Abelaziz’s claim seems ridiculous on the surface but is not unsurprising. Firstly, managers will always loudly and boldly praise the greatness of their clients. Especially one like “The Nigerian Nightmare,” who holds the top spots on both the Sportsnaut UFC welterweight rankings and UFC pound-for-pound rankings.

However, the idea of the 35-year-old competing at light heavyweight has been floated around previously by him and his team. Usman is also close friends with middleweight champion Israel Adesanya and both have publicly stated being uninterested in a fight, despite it being logical since they are dominant champions in adjacent weight classes. 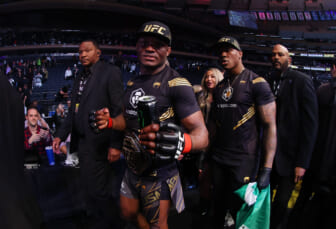 After Usman has lapped the division a couple of times he is in search of big paydays or massive challenges. Jumping up two weight classes would certainly be a serious challenge. He has also pushed for a fight against boxing superstar Canelo Alvarez over the last six months.

However, just like a booking with the Mexican pugilist is not happening, Usman moving up two divisions for a title fight won’t occur either. While it would certainly be a fascinating concept to fans, this is still a dangerous sport and would open the door to Usman incurring serious damage in a bout he has no business being in.

The champ is set to face top contender Leon Edwards in the main event of UFC 278 in August.