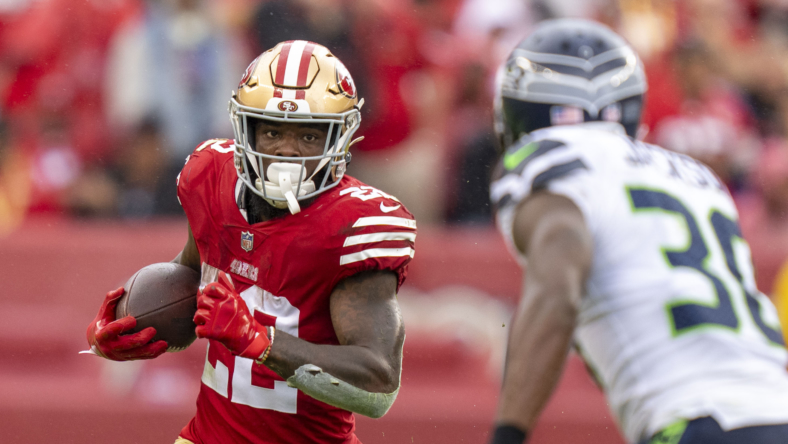 Despite ranking in the top-15 in the NFL in rushing this season, Jeff Wilson was seemingly the odd man out for the San Francisco 49ers after they acquired Christian McCaffrey in a blockbuster trade with the Carolina Panthers.

Mere days after McCaffrey made history with a three touchdown performance for San Francisco, the team figured it made sense to free Mr. Wilson. It did just that immediately ahead of Tuesday afternoon’s NFL trade deadline, sending Wilson to the Miami Dolphins in exchange for a fifth-round pick in the 2023 NFL Draft.

For Miami, this is the latest big move after the team picked up stud pass rusher Bradley Chubb in a blockbuster trade with the Miami Dolphins. It’s rather obvious that general manager Chris Grier is going all in following a 5-3 start to the season.

A former undrafted free agent out of North Texas, Wilson has performed well in a part-time role with the 49ers. From 2019-21, he scored 17 touchdowns on a mere 255 touches, averaging 4.3 yards per rush in the process. With Elijah Mitchell sidelined to injury, he played well as San Francisco’s RB1 prior to the McCaffrey acquisition.

Wilson should give Miami a short-yardage option to go with Mostert, the latter of whom has put up 549 total yards himself this season.