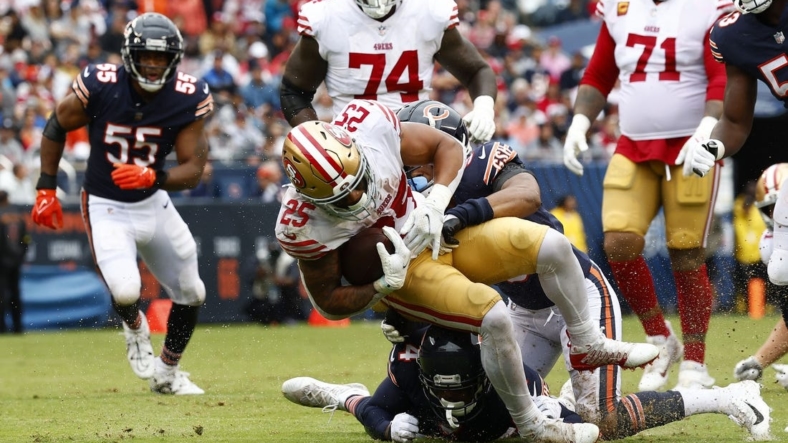 Mitchell will miss two months with a sprained right MCL he sustained during the team’s Week 1 loss to the Chicago Bears on Sunday. He won’t require surgery.

Mitchell left Sunday’s 19-10 loss after being tackled by Bears safety Eddie Jackson, whose shoulder collided with Mitchell’s right knee. He finished the game with six carries for 41 yards.

Jeff Wilson Jr. is now atop the 49ers’ depth chart at running back. Jordan Mason and rookie Tyrion Davis-Price are the backups. Wilson rushed nine times for 22 yards in Week 1 and caught two passes for eight yards.

Mack, 26, was released by the Houston Texans last week.

Mack ran for a career-best 1,091 yards with eight touchdowns in 2019 with the Indianapolis Colts. He has rushed for 2,484 career yards and 20 touchdowns in 47 games (23 starts) for the Colts. He also has 57 career receptions for 448 yards and two scores.

The 49ers on Tuesday also promoted safety Tashaun Gipson Sr. from the practice squad to the active roster.