Jake Paul on Mike Tyson plane fight: ‘This generation thinks they can get away with anything’ 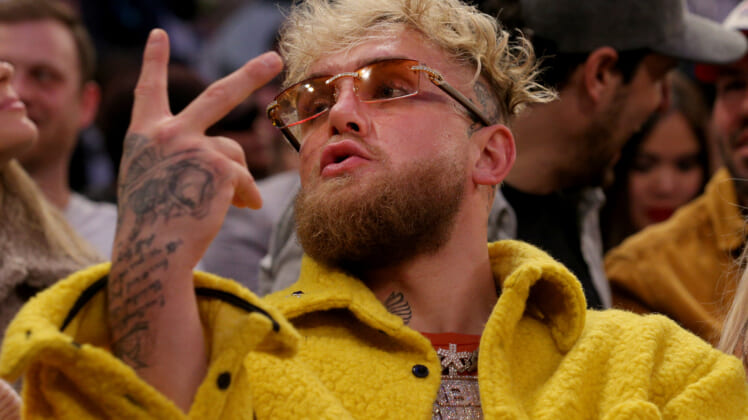 YouTube star turned boxing sensation Jake Paul saw nothing wrong in the Mike Tyson plane brawl that made headlines across the world on Thursday.

Legendary boxer Mike Tyson is not a man to be trifled with, and that is reportedly what happened to him Wednesday during a JetBlue flight from San Francisco to Florida. Yesterday, representatives for the New York native explained to USA Today the reasons behind the viral video that saw Tyson attack and bloody an unruly passenger 30,000 feet in the air.

“Unfortunately, Mr. Tyson had an incident on a flight with an aggressive passenger who began harassing him and threw a water bottle at him while he was in his seat,” the statement read.

Related: Mike Tyson next fight – Who could be the next exhibition foe for “Iron Mike”

The San Francisco Police Department also released a statement on the incident and claimed the man on the wrong side of the attack — since identified as Melvin Townsend III — received medical attention after the altercation but, “provided minimal details of the incident and refused to cooperate further with the police investigation.” Adding some credence to the possibility that “Iron Mike” losing his cool might have been warranted.

Following the story becoming national news, Jake Paul took to his Twitter to give his opinion on the mile-high altercation. And the popular 5-0 boxer thought the dustup was warranted if Tyson was the victim of a heckler.

“If you’re being heckled in public like Mike Tyson was you should legally get a hall pass to beat someone’s ass,” Paul wrote. “This generation thinks they can get away with anything.”

Around the same time as Paul’s tweet, UFC president Dana White also tweeted his thoughts on the altercation. Harkening back to his own experience with Tyson on an airplane. “Hey dummies, for future reference, this is how you stay alive when bumping into @MikeTyson on an airplane,” White wrote in the caption for a hilarious video of Tyson jokingly bullying the UFC boss out of his seat during a flight in 2014.

As of now, no charges have been formally pressed against Tyson or Townsend following their encounter on Wednesday night.