Jacksonville Jaguars still hoping to trade down from No. 1 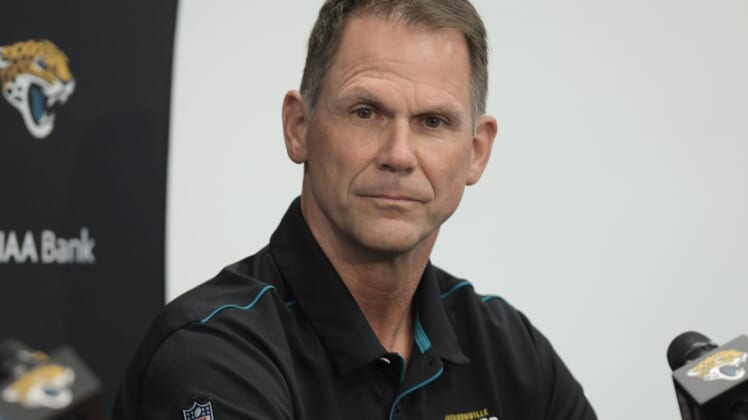 We’re officially less than 12 hours away from when the Jacksonville Jaguars will make the top overall selection in the 2022 NFL Draft. This should mean they already have their pick essentially locked in, right?

General manager Trent Baalke has known since January 9 that his organization will have the No. 1 overall pick, so why are they still trying to narrow down their options from four down to just one after three months of research?

Sure, a lot has changed since then, from free agency to the NFL Draft Combine, pro days, and other prospect interviews, but one thing that has not changed, are the eligible draft prospects as well as the draft positioning for the Jags.

Yet still, the Jaguars are trying to figure out what the move is later tonight. Could they even still be discussing a trade?

Jags want to trade down, but there’s no interest

According to Mike Florio of Pro Football Talk, a league source suggests the Jags would prefer to trade down, the only issue is, no one is interested in trading up to No. 1, or at least not yet.

As Baalke noted during last week’s press conference, no one has even called about a potential trade up, or at least they hadn’t at the time of the media session last Friday.

Maybe word has gotten out that the Jags expect an expensive bounty in return for the top selection in the 2022 NFL Draft, or maybe teams truly don’t have interest in moving up for a prospect that might ultimately fall into their laps anyway.

Who knows, there’s a lot of intrigue ahead of tonight’s draft event, and thanks to the Jaguars keeping cards close to their vest, we may not know until they’re on the clock at 8 PM EST.