The speculation can finally end. Five-time Pro Bowler Stephon Gilmore has finally found a home for the 2022 NFL season, and it is with the Indianapolis Colts.

On Friday morning, ESPN NFL insider Adam Schefter broke the news of the 10-year veteran finally making a decision on his playing future. The choice ended up being the Colts, a team that is sure to contend for the AFC South title this season with the addition of the star defensive back.

“Five-time Pro-Bowl CB Stephon Gilmore, the NFL’s 2019 Defensive Player of the Year, reached agreement on a two-year deal with the Colts,” Schefter first wrote in a tweet, then followed up by adding, “Colts are giving CB Stephon Gilmore a two-year, 23 million deal including $14 million guaranteed, per source.”

On Thursday, reports stated that Gilmore was meeting with the team, and we offered up three reasons why a Gilmore and Indy marriage made a lot of sense. It seems the star cornerback and the Colts agreed.

The signing ends a month-long free-agent journey for the 31-year-old. Since NFL free agency began in March, Stephon Gilmore has been linked to possible deals with the Kansas City Chiefs, Las Vegas Raiders, and the Super Bowl LVI champion Los Angeles Rams. However, in the end, the one-time defensive player of the year settled on the new look Indianapolis Colts.

The Colts finished 9-8 last season and were left out of the playoffs. However, after sending 2021 starting quarterback Carson Wentz to the Washington Commanders, and then acquiring Atlanta Falcons great Matt Ryan last month, the team is viewed as an early favorite to win the division in 2022. 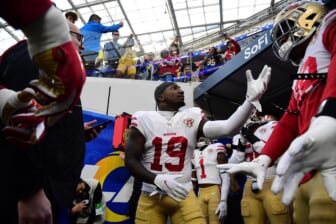 Gilmore will help bolster a defense that already has some strong building blocks in linebackers Bobby Okereke and Darius Leonard. The former Buffalo Bill and New England Patriot will now be paired up with another talented CB in Kenny Moore II.

Despite playing in only eight games last season, Gilmore was still voted to a fourth straight Pro Bowl.