Green Bay Packers: Ranking concern level for each player on the PUP list

Recently, the Green Bay Packers released a list of nine players that would begin training camp on the physically unable to perform (PUP) list. Among those listed were rookie wide receiver Christian Watson and the Packers’ all-time leading scorer Mason Crosby.

For about 24 hours, fans were thrilled that David Bakhtiari’s name was not on that list. Unfortunately, the very next day, the team announced that he would, indeed, be added. With the Packers set to begin training camp on July 26, let’s take a look at the PUP list and rank the level of concern for each athlete’s issues.

Related: Packers training camp 2022: Everything you need to know

The Green Bay Packers signed defensive lineman Hauati Pututau as an undrafted free agent after the 2022 NFL Draft. There is no report of what his injury status is. However, the Packers are all of a sudden, deep with talent on the defensive line.

Kenny Clark anchors a group that includes veteran Jarran Reed, first-round draft pick Devonte Wyatt, and second-year player TJ Slaton. With other players like Jack Heflin, Dean Lowry, and Jonathan Ford competing for a roster spot, Pututau had an outside chance (at best) of making the roster. 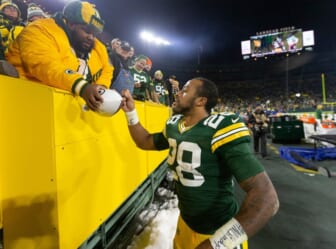 To be certain, it is very unfortunate for him and hopefully he can recover and participate in training camp.

Kylin Hill made the 53-man roster last season after the Packers drafted him in the seventh round of the 2021 NFL Draft. He was the third running back on the roster behind Aaron Jones and AJ Dillon.

However, Hill made a name for himself as the Packers’ kick returner. In eight games, he had 10 returns for 199 yards for an average of 19.9 yards per return. Unfortunately, his season was cut short when he tore his ACL in Week Eight against the Arizona Cardinals. Due to the recovery time necessary for an ACL tear, he was not expected to return until midseason.

Like Hill, Robert Tonyan tore his ACL in the Green Bay Packers’ Week Eight victory over the Cardinals. The tight end tied the franchise record for touchdown receptions at his position with 11 back in a breakout 2020 season. After his injury, former third-round pick Josiah Deguara led Green Bay tight ends with 25 receptions and 245 receiving yards. 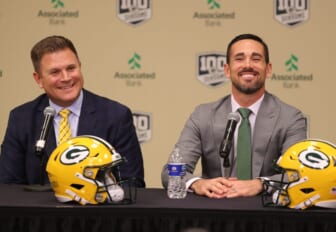 In addition to Deguara, the Packers have Marcedes Lewis, Dominique Dafney, and Tyler Davis on the roster. Tonyan will surely be missed, but Green Bay does have some exciting players at the tight end position. Additionally, they knew they would be without him to start the season.

With David Bakhtiari’s own health in question, Jenkins’ presence will be missed even more. However, this is a list ranking concern, and the Packers knew they would be without Jenkins for a while when he tore his ACL in November.

When Kylin Hill went down with his torn ACL, Patrick Taylor was brought up to take his place as the Packers’ third running back. Taylor had a decent season as a third running back, rushing 23 times for 89 yards and a touchdown.

It is unclear what injury he suffered to land him on the PUP list. He did participate in OTAs earlier this offseason. However, he did suffer a foot injury that kept him out of the entire 2020 season. There is speculation that his presence on the PUP list may be related to that. The concern here is that the only two running backs left are two undrafted free agents: B.J. Baylor and Taylor Goodson.

Now, the third running position did not get many offensive snaps for the Green Bay Packers in 2021. However, the depth at the position is now a little worrisome. 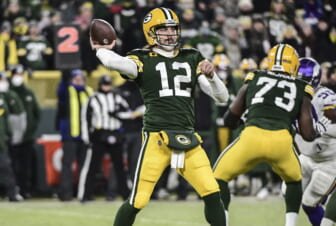 The level of concern here should not be as high for the Packers as it should be for Dean Lowry. It is not that Lowry has been a bad player, though. Last season, he started all 17 games and had a career-high 5.0 sacks.

However, the Packers have a slew of young talent at the position and Jarran Reed as a free agent. Additionally, the Packers can save approximately $4 million if they were to cut Lowry. Green Bay does have the fifth most cap space in the NFL (approximately $16 million), but could lure a big free agent mid-season with even more available funds.

The Green Bay Packers have two studs starting as edge rushers in Rashan Gary and Preston Smith. Additionally, Kingsley Enagbare was drafted in the fifth round (but was a projected first-round pick going into 2021).

However, after those three players, the Packers lack quality depth at the position. Last season, Ramsey played 75 defensive snaps (9% of the team’s defensive plays) and had 11 total tackles. The other edge rushers in camp are Tipa Galeai, Jonathan Garvin, Ladarius Hamilton, Kobe Jones, and Chauncey Manac.

One of the most surprising names on this list is Christian Watson, the Packers’ second-round draft pick. The timing of the PUP list’s release was not great for Watson, as he just signed his rookie contract after months of negotiating. 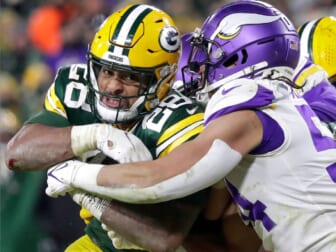 Watson did participate in OTAs and all other team activities this offseason without any reported injuries. The team did say that they do not believe his current injury is a long-term issue. Additionally, they expect him to be able to participate in camp soon. That is all well and good, but it does call into his question his durability in the NFL.

The Green Bay Packers’ all-time leading scorer was in Green Bay for OTAs but did not participate. Now he will enter training camp on the PUP list. Many fans on social media speculated, even before the offseason got underway, that Crosby could be suiting up for his final season in Green Bay. He is in the last year of his contract and will be 38 this season. Jack Coco and Gabe Brkic are two other kickers in camp. If Crosby cannot get healthy, the Packers could see a changing of the guard at the kicking position.

To say that there is no doubt that David Bakhtiari will finally return to the field would be a lie. It has been 18 months since he tore his ACL at the end of the 2020 season. Reportedly, he suffered a setback in his rehab last year and needed a second procedure to drain fluid from his knee. While Bakhtiari did return for the Packers’ Week 18 loss to the Detroit Lions, he played just 27 snaps and was unavailable for the team’s loss to the San Francisco 49ers at home in the Playoffs.

To be clear, the Packers are not going to cut David Bakhtiari. Doing so would result in a $23 million dead cap hit next season. However, it is more than fair to be concerned about when one of the best left tackles in football will finally return.