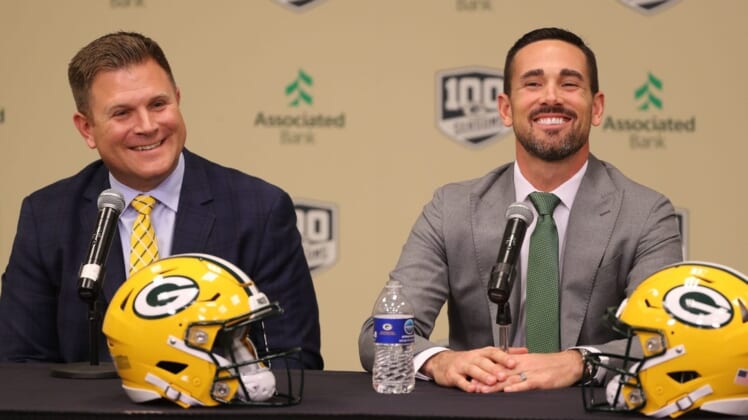 The terms were not revealed, but it was reported that the extensions were agreed to months ago.

Speaking with reporters Monday, Packers president Mark Murphy said, “I’ll just say I’m confident not only Matt and Brian but Russ Ball will continue to be Packers employees for years to come.”

The Packers have gone 39-10 with three NFC North titles in three years under LaFleur and are 45-19-1 since Gutekunst took over for Ted Thompson as GM in 2018.

Quarterback Aaron Rodgers and former Packers wideout Davante Adams were apparently disillusioned with Gutekunst during 2020 and 2021. The pair at one point posted the same image of Michael Jordan and Scottie Pippen on their Instagram stories.

At the height of Rodgers’ unhappiness with the Packers organization, the posts were read as a reference to “The Last Dance” docuseries, in which Bulls general manager Jerry Krause was painted as a villain. Rodgers reportedly referred to Gutekunst as “Jerry Krause” in texts with teammates.

Gutekunst and the Packers still managed to convince Rodgers to return to Green Bay after he’d privately claimed he’d never play for the organization again. He signed a contract extension in March that will pay him $150.8 million over the next three years.

Adams, meanwhile, did not receive the deal he was looking for and was traded to the Las Vegas Raiders.