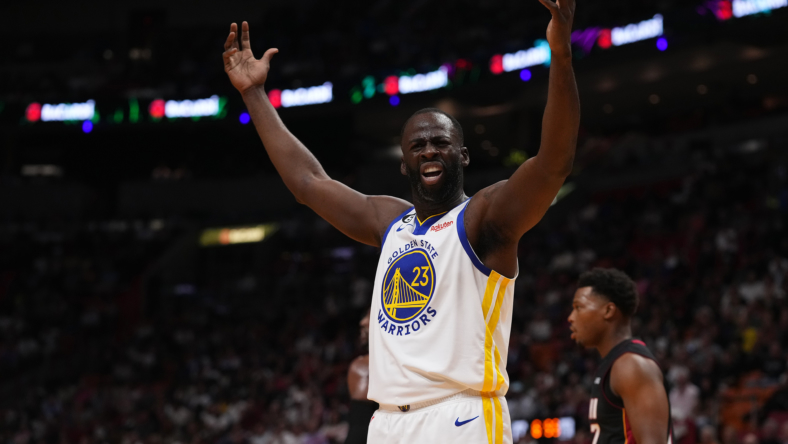 The Golden State Warriors are far lower in the NBA standings than anyone expected early in the 2022-’23 season. While changes might be necessary for the reigning NBA champions, it appears forward Draymond Green is safe for now.

After elevating his game late in the NBA Finals, playing an integral role in the team’s fourth championship, things have spiraled down for the 32-year-old forward. He is approaching the final years of his contract, facing the possibility of being the lone core player Golden State doesn’t sign to an extension.

Green already caused frustration for the organization this season. Days before the opener, the All-Star forward punched teammate Jordan Poole. While he avoided suspension, one of the leaders on the team assaulting a key piece of Golden State’s future struck a nerve within the organization.

Related: 3 Golden State Warriors that could be traded, including Draymond Green

Through Golden State’s first 10 games, it has one of the worst records in the NBA and a negative point differential (-4) that ranks below the Oklahoma City Thunder, Sacramento Kings and Indiana Pacers.

However, despite the issues and the diminishing likelihood of a long-term future with Golden State, it appears a trade isn’t imminent.

According to ESPN’s Zach Lowe, the Warriors haven’t engaged with any teams in trade talks centered around Green. The plan, at least for now, is to keep him and hope everything works itself out in the weeks ahead.

It might work in the short term, but it’s clear that Green believes he deserves a max contract extension. Considering Golden State still hasn’t extended Klay Thompson, it seems unlikely that Green will get what he wants.

Holding a player option next summer, it’s very possible that Green opts out of his contract to become a free agent. If that’s going to happen and he can’t improve his on-court production, the Warriors might need to trade Green in order to bring in a championship-caliber piece.