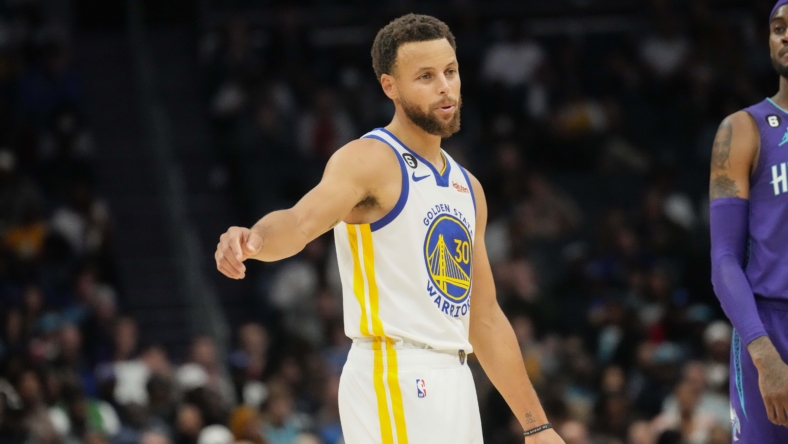 Winning an NBA championship is one thing and defending it is quite another. To do both is what the Golden State Warriors hope to accomplish this season, but from the looks of it, winning back-to-back titles seems unlikely to happen.

As it stands, the Warriors are 3-7 and are coming off a terrible 0-5 skid. Indeed, this is not how the reigning champions should be playing in the NBA, and no matter how the team slices it, there’s definitely a reason for the underwhelming run.

When push comes to shove, the Warriors might opt to trade a couple of players. But at this point, Golden State must first take into account the evident contributing factors to the team’s decline. Let’s delve into some of them.

While it’s only right that the Warriors heavily rely on Steph Curry as the team’s cornerstone but the two-time MVP can only do so much. In fact, in Golden State’s four-game losing streak prior to the New Orleans Pelicans game on Friday, Curry was playing his heart out on the court.

Looking at Curry’s numbers below, it’s easy to see that he has been the most hardworking player for the Warriors.

History already proved that no one-man team has managed to win a championship in the NBA. If Curry doesn’t get the help he needs this season, the Warriors should not hold their breath for another championship run.

Warriors’ defense is below championship-level

A championship team is not only about offense. It’s hard to tell who’s not doing his job, but stats unsurprisingly state the entire Warriors squad hasn’t been stopping their opponents. To date, Golden State ranks 28th in defensive efficiency, and the recent winless streak backs it up.

In those five games on the road, the Warriors allowed the opposing team to rack up a whopping 601 points, or more than 120 points per game. In simpler terms, teams are not respecting Golden State’s defense. All told, the Warriors might want to include intensifying their defense on the drawing board as they don’t strike teams as a championship-caliber unit defensively right now.

Time is not on Golden State’s side

On Friday, Warriors head coach Steve Kerr offered hope when he said he already has an “idea” on how to fix the team’s problem. Kerr didn’t divulge much but confirmed that a change in the “rotations” is underway.

“We’re going to change the rotations a little bit,” Kerr said via NBC Sports. “I’ve got an idea of what I’m going to do but the staff will talk about it in the next couple of days and we’ll solidify that. It should be a good week for us to get back on track.”

Considering Kerr managed to figure out a way to end the drought, whatever his game plan is has to work sooner rather than later. Or else, the Warriors would just suffer defeat after defeat in the process.

The Warriors still have 72 games to bounce back, but if their early returns are any indication of future success, they’re far from making a case for another championship run.