McLaren reportedly has an agreement with Oscar Piastri for a seat in 2023. Why is Piastri possibly joining McLaren and what's Daniel Ricciardo's future in F1? 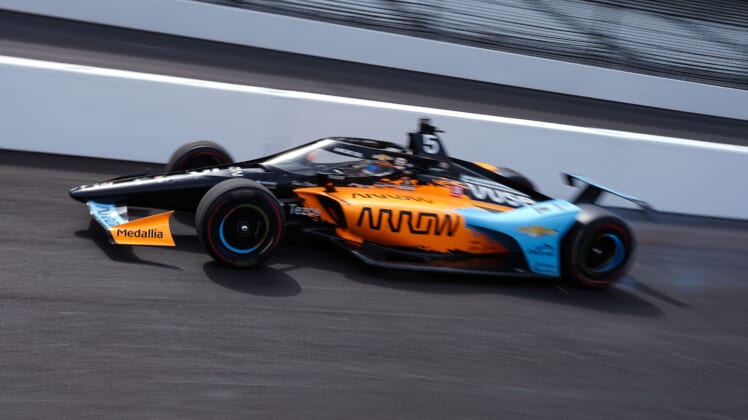 McLaren Racing is rumored to have an agreement with future star F1 driver Oscar Piastri coming from the aftermath of Fernando Alonso signing with Aston Martin, according to multiple reports. Why is Piastri possibly going to McLaren and what is Daniel Ricciardo’s future in F1?

McLaren and Oscar Piastri seem to be on a collision course as multiple outlets report the two sides could be coming together for an unlikely and unexpected marriage. Piastri is rumored to have a pre-agreement with McLaren for the 2023 season after many thought he would land with Alpine, including Alpine team principal Otmar Szafnauer after Alonso’s departure.

Szafanauer had a blunt reaction to the rumors when talking to Autosport.

Szafanauer also stressed that Alpine’s contractual obligations with Piastri go through the 2024 season, potentially. It could set the stage for another legal battle for McLaren this silly season. McLaren signed Alex Palou from Chip Ganassi Racing’s NTT IndyCar Series organization despite the driver having a contract to drive for his current team in 2023.

This is the second time that McLaren would be signing a driver with contractual obligations in future seasons. Szafanauer won’t let this go without action if Piastri ends up donning orange.

“That’s a significant amount of investment. It’s more than just the financial investment, it’s also an emotional one, and getting him ready for what we hope is a successful F1 career. It’s not every F1 team that does that for an academy driver that’s come through, but we’ve chosen to do that to get him ready. And we’ve only done that with a view of having him race here in the future. We wouldn’t have done that, if the view was to get him prepared for one of our competitors.”

It’s very clear Alpine will fight to keep Piastri and put him in the vacant seat as he remains the preferred candidate to land it on the organization’s end of the spectrum. This would be a nightmare scenario to lose both Alonso and Piastri in the same silly season. It’s proof that taking care of drivers is so important in today’s climate.

McLaren and Alpine agreed prior to the 2022 season to allow Piastri to join McLaren’s pool of backup drivers which might have been a mistake on Alpine’s part. The fallout could get messy for McLaren, as it did for Palou in IndyCar. But, the organization is grabbing talent and not thinking of the consequences of what could be next. 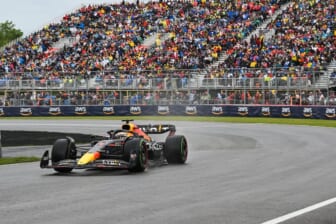 However, this could mean even more drama is coming after Daniel Ricciardo announced he would return to his seat for the 2023 season after rumors swirled about his future. What is possibly next for Ricciardo?

Daniel Ricciardo announced he would return to McLaren Racing for the 2023 season, but this could change if Oscar Piastri is going to grab the second seat.

Many outlets have reported that Ricciardo could be an option for Alpine if they do lose out on Piastri. The 33-year-old left Alpine at the conclusion of the 2020 season, so he would be returning a few years later. Ricciardo would likely be the favorite to land the ride if chief executive Zak Brown pushes him aside due to the available options, which can’t be ruled out due to what McLaren has done the past two months.

Ironically, Alpine has been better than McLaren this season and sits four points above the latter in the constructor’s standings going into the summer break. There is an argument that Ricciardo could be in a scenario to see an upgrade in his ride performance. It’s not a bad thing how the driver is in a position to land with either one of the teams. 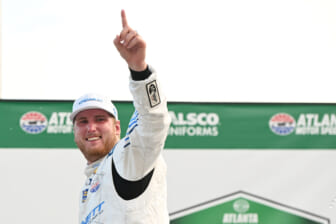 Perhaps, this could secure Ricciardo’s future in F1 further as he does not look to retire yet. If Piastri is all but gone to McLaren, it could ink Ricciardo to a multi-year contract with Esteban Ocon. Either way, the F1 silly season picked up when Fernando Alonso decided to leave Alpine. Now, McLaren stands in the middle of what could be another messy battle for a young, talented driver.