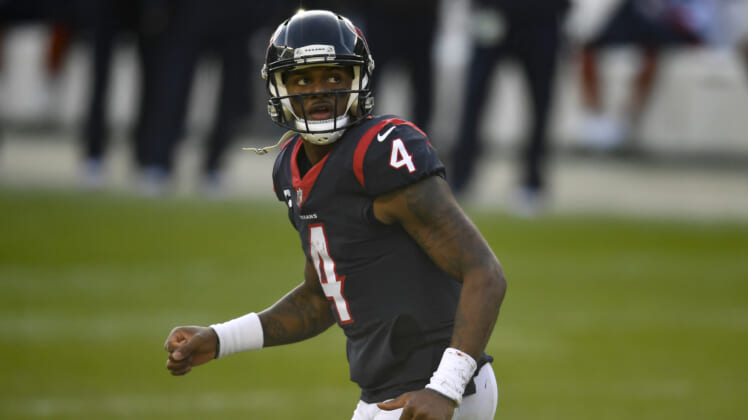 While the Houston Texans might not finalize a Deshaun Watson trade by their original deadline, the franchise reportedly won’t have to worry about a lack of teams competing for him in a bidding war.

Watson’s ongoing legal situation is headed to a crucial point with a grand jury hearing evidence in his criminal complaints Friday. While the Pro Bowl quarterback intends to plead the Fifth in the civil deposition, there will be significant movement in the criminal and civil battles.

The 26-year-old quarterback is facing 22 civil suits originating from sexual misconduct and assault claims made a year ago. Meanwhile, his legal representatives are also dealing with investigations by the FBI, NFL and Houston Police Department. 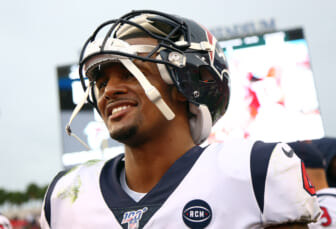 According to Pro Football Network’s Aaron Wilson, as many as 10 teams are monitoring Watson’s ongoing legal situation and will keep a close eye on Friday’s outcome. If he avoids criminal charges, clubs are willing to pull the trigger on a deal sending at least three first-round picks to Houston.

If Watson receives a favorable ruling from the grand jury, per Mike Florio of Pro Football Talk, a Deshaun Watson trade could happen by Wednesday.

While there are plenty of teams interested in Watson, there is a clear frontrunner. According to Wilson, the Carolina Panthers are “all-in” on making a deal with team owner David Tepper spearheading the push to land a new face of the franchise.

In an offseason that already saw Russell Wilson traded, the biggest quarterback domino to call could be imminent. If it happens, the return Houstoun will receive might be one of the largest trades in NFL history.