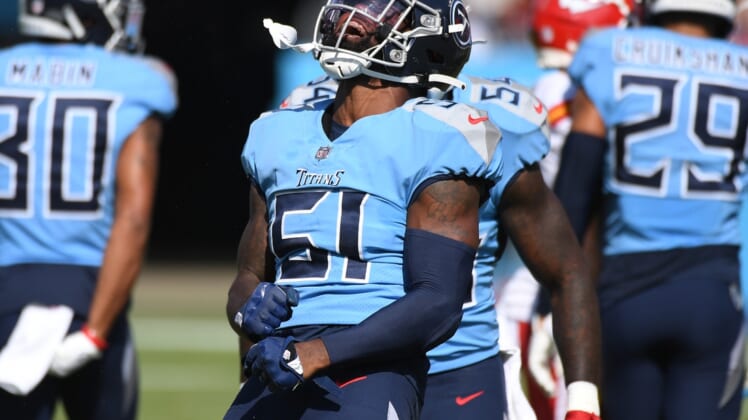 Ryan Tannehill and Derrick Henry threw touchdown passes as the Tennessee Titans established early control and coasted to a 27-3 victory against the Kansas City Chiefs on Sunday afternoon in Nashville, Tenn.

His reduced production did not matter, however, as Tannehill engineered scores on all five first-half possessions as the Titans (5-2) grabbed a 27-0 margin at the break. Tannehill finished with 270 yards on 21-of-27 passing.

A streak of 82 consecutive games with a first-half score ended for the Chiefs (3-4), dating to a 29-0 halftime deficit in 2016 against Pittsburgh.

Kansas City’s Patrick Mahomes threw an interception and lost a fumble before being helped off with 8:13 left. He cleared concussion protocol after a brief examination in the medical tent and ended his day with 206 yards on 20-of-35 passing. 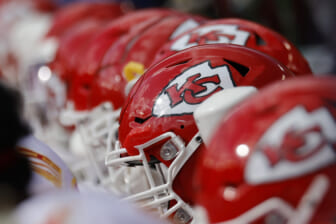 Henry completed a 5-yard pass to MyCole Pruitt for a touchdown to cap the first possession as the Titans, who had been prone to slow starts, began in a hurry-up offense.

They followed with a 97-yard scoring march that included two long connections from Tannehill to A.J. Brown, including a 24-yard TD grab.

The AFC South leaders, coming off a short week of practice after beating Buffalo in a Monday night game, did not punt until the fourth quarter.

The Titans totaled 369 yards, while their stout defense limited the Chiefs to 334. With three giveaways, the Chiefs raised their NFL-worst turnover count to 17, exceeding their total (16) from last season.

Brown had 101 yards receiving at halftime and led the Titans, who have won five of six, with eight catches for 133 yards and one touchdown.