Daniel Ricciardo may find himself at Alpine F1 in 2023

Daniel Ricciardo may jump from McLaren to Alpine at the conclusion of the 2022 season, but would Alpine take him back after he left the organization? 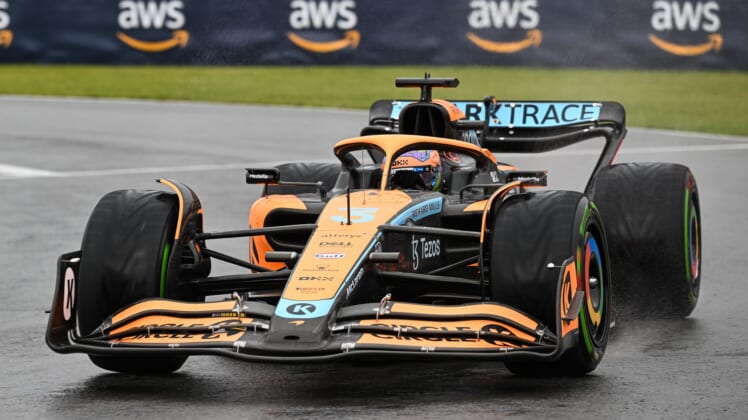 Daniel Ricciardo announced he would return to McLaren Racing for the 2023 season but things might be changing as Oscar Piastri is rumored to have an agreement with the organization for a seat.

Why is Ricciardo seeing the possibility of returning to his former team?

Daniel Ricciardo holds the cards for McLaren and Oscar Piastri

While Alpine announced Esteban Ocon and Oscar Piastri would be their 2023 lineup, Piastri denounced that on Twitter when he said he won’t drive for the organization for the 2023 season.

Instead, Piastri seems dead set on driving for McLaren’s second seat as Daniel Ricciardo looks to possibly be on the way out. However, Ricciardo could hold the cards in a potential move.

Ricciardo has a deadline of September to inform the team whether he will pick up his option to retain his seat or allow Piastri to take the open seat, assuming he lands the ride.

It seems easy to say Ricciardo would simply pick up his option but if he can land another ride while Piastri joining the organization feels inevitable, it might be better to just leave at the end of 2022.

The 33-year-old seems to be on the way out at the conclusion of the 2023 season no matter what happens. It’s better to secure a ride now than wait knowing he will be gone anyway.

If Ricciardo does pick up the option, McLaren would have to serve the consequences of breaking his contract early and he might be able to join another team after they break it.

Either way, Ricciardo’s departure from McLaren feels inevitable. The organization likely hopes he declines to pick up his option and slots in their shiny new toy if they win the inevitable legal battles. 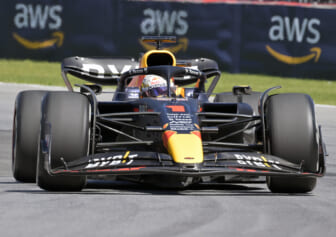 Despite his commitment to McLaren, Daniel Ricciardo was rumored to contact Alpine team principal Otmar Szafnauer after the Hungarian Grand Prix this past weekend.

It might be the writing on the wall that a potential move is coming on McLaren’s part. Why would Ricciardo contact Alpine if he was happy with his position or staying at McLaren?

Well, the 33-year-old’s options might lead him to believe that Alpine is the better option as they sit fourth in the constructor’s championship, which is ahead of McLaren.

When asked about the prospects of having Ricciardo drive for the organization by Motorsport, Szafnauer didn’t seem opposed to the idea.

“I mean, if you look at Fernando [Alonso], for example, he comes and goes, and I think that happens to other drivers too. And I don’t think that’s an issue at all. I think what we need to focus on is, like I say, the plans that we have for the next 88-89 races. We’ve got to make sure that we complement that plan with the best driver that we can, and there are some options out there for us. And we put the best driver in next to Esteban [Ocon], so that we can move forward towards what we’ve been planning.”

This comes after Ricciardo left the organization at the conclusion of the 2020 season to join Lando Norris at McLaren. It’s safe to say that it hasn’t gone as planned to this point.

Alpine still seems confident they will have Oscar Piastri in their lineup next season but the desire for the best driver possible seems to be the way to go for them.

If Ricciardo is available, he would be the best driver on the market at this point. It all comes together at the end of the day for Alpine and Ricciardo.

The top-3 teams in the standings have their lineups set so Ricciardo’s possible move to an upgraded seat at Alpine would make it so the top-4 teams are now set.

It’s hard to rule anything out during Formula 1 silly season and Daniel Ricciardo’s future will be one to keep an eye on over the summer break.