It’s officially official. Jason Kidd is the next head coach of your Dallas Mavericks, per ESPN.com’s Adrian Wojnarowski and Tim MacMahon.

After what seemed to be an expedited search to replace longtime head man Rick Carlisle, owner Mark Cuban has settled on Kidd to lead the franchise moving forward.

A Hall of Fame point guard during his playing days, Kidd’s experience as a head coach in the NBA has been somewhat of a mixed bag. Frank Vogel’s top assistant with the Los Angeles Lakers over the past two seasons now takes over a fledgling Dallas Mavericks ship with unhappy guard Luka Doncic acting as their franchise cornerstone.

It’s somewhat surprising that the Mavericks did not cast a wide net in looking to replace the ultra-successful Carlisle on the bench. After all, this hiring comes less than a week after their job became vacant.

None of this is to say Jason Kidd can’t be successful in Big D. After all, this is the team that drafted him No. 2 overall back in 1994. He also helped the Mavericks to the NBA title back in 2011 during a second stint with the team and drew a recommendation from Carlisle himself as it relates to the job he just acquired.

Even then, there’s every reason in the world to question this hire. Let’s look at three of those below.

Jason Kidd has a questionable track record as a head coach

That doesn’t speak to a tremendous amount of previous success for Kidd manning the bench. And in reality, this is one thing teams do look at when considering experienced head coaches for a vacant job. Apparently, the Mavericks were not deterred by that.

Drama has followed Jason Kidd throughout his career

What’s interesting here is that both of the times Kidd departed the Mavericks as a player, it did not come without controversy. Back in 1996, the Mavs traded Kidd after just three seasons due to a rift between the star guard, some teammates and the organization.

And after rejoining Dallas in 2007-08, he left the organization for the New York Knicks in free agency one year after leading them to an NBA title despite making a commitment to re-sign in Big D. Perhaps, this is one of the reasons Cuban initially pushed back against Kidd as a candidate earlier in the process.

As a coach, Kidd left the Nets following just one season. It came in the form of a “trade” to the Milwaukee Bucks. Despite this, that one year did not come without off-court drama. The volatile head coach was suspended for the first two games of said season for a DUI. 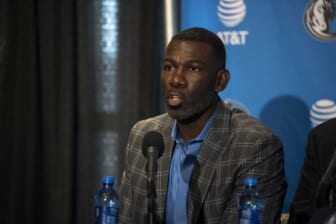 Why didn’t the Dallas Mavericks look at other candidates?

This is another major question that should be asked. Specifically, Luka Doncic seemed to support the idea of Dallas promoting assistant Jamahl Mosley to the head-coaching job.

Given that the star guard is unhappy with some in the organization and didn’t take a liking to the firing of longtime general manager Donnie Nelson, one has to wonder why Mosley wasn’t given a more in-depth look. At the very least, waiting more than a week before filling the vacant opening seemed to be the prudent move here.

In an NBA that has seen inexperienced head coaches have a ton of success, the Mavericks went with an individual in Jason Kidd who some might see as a retread. How did that work out for Stan Van Gundy and the New Orleans Pelicans last season? 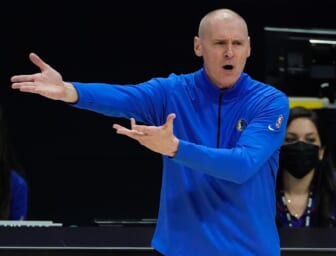 Meanwhile, the likes of Taylor Jenkins (Grizzlies), Steve Nash (Nets) and Steve Kerr (Warriors), all of whom had no head-coaching experience, have had a ton of success. Perhaps, the move here should have been to hire the aforementioned Mosley or someone like Becky Hammon.

Only time will tell on that front. For now, Jason Kidd is going to face a ton of pressure attempting to rebuild the sinking ship that is the Dallas Mavericks. He also carries with him to Big D a ton of baggage that could ultimately lead to this ship ending up at the bottom of the NBA’s ocean.