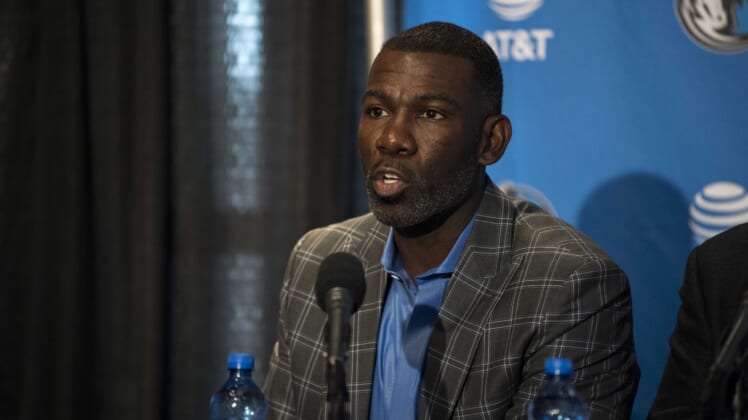 The Dallas Mavericks are in upheaval. Fresh off another first-round exit from the NBA Playoffs, there was excitement about a Luka Doncic contract extension. Suddenly, all of that is gone amid alarming NBA rumors and an organization cleaning house.

The Athletic shined a spotlight on dysfunction within the Mavericks’ organization, detailing the role of “shadow GM” Haralabos Voulgaris and the franchise’s concerns he may cause Doncic to leave. Mark Cuban strongly denied the report. But with the president of basketball operations Donnie Nelson leaving the franchise and long-time coach Rick Carlisle walking out, alarms are going off in Dallas. 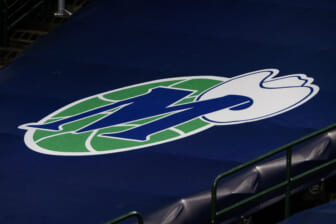 Cuban faces an important offseason and his first big move is hiring a new general manager. Here are the four candidates to be the next Mavericks GM.

Michael Finley, the current favorite for the job, joined the Mavericks’ front office in 2012 after an illustrious nine-year playing career in Dallas. He’s currently the vice president of basketball operations and many around the NBA believe he was one of the emerging team executives who would eventually replace Nelson.

Finley understands the franchise, has a connection with the fans and would bring continuity after Nelson and Carlisle’s exits. However, those are also the reasons why Cuban wouldn’t pick him. Dallas hasn’t won a playoff series since 2011 because of the front office’s failure to surround Dirk Nowitzki and now Doncic with great players. Finley’s involvement with the previous regime might be what costs him this opportunity.

Toronto Raptors president and GM Masai Ujiri just wrapped up the final year of his contract, leaving his future with the franchise uncertain. Cuban would be foolish not to target Ujiri as a top candidate to become Mavericks GM. Ujiri pulled off one of the most impressive rebuilding projects in recent memory, taking the Raptors from mediocrity to NBA champions. His track record speaks for itself and is why he’ll get to pick his next team.

Doncic makes this an attractive option for Ujiri. But the Mavericks’ issues in the front office may scare him away. A top-tier executive like Ujiri deserves full control over personnel. Will Cuban, notorious for his involvement with the front office, give up some power? He should after the fiasco with Nelson and Carlisle, but whether he will is a question.

A longtime assistant general manager with the Boston Celtics, Mike Zarren might look. Viewed as a future GM candidate, Zarren certainly noticed Boston choosing Brad Stevens as its president over with Zarren being passed over for promotion. This would be the perfect time for Zarren to get a long-overdue general manager position and Dallas could be the place.

Cuban has shown an interest in using data to evaluate talent and Zarren has been at the forefront of basketball analytics since he joined the Celtics in 2005. However, Boston has shown the same inability to build around talent as Dallas. Much of that blame should go to Ainge, but Zarren is not immune from criticism. If Cuban is willing to take a chance, Zarren fits as the next Mavericks GM.

Shane Battier is a pick out of left field, but would be an inspired choice. The former Duke standout played 13 seasons in the NBA, winning two championships with the Miami Heat. In 2017, Battier joined Miami’s front office as the director of basketball development and analytics. Battier was always known for being an intelligent player and he has the right temperament and background to succeed as a general manager.

Battier combines knowledge of analytics with experience in the game, the perfect balance of both worlds. He also brings some of the famous Heat culture, which Dallas needs in its organization. Cuban will probably look to someone with more experience, but Battier would bring a fresh perspective to a stale front office.

As rumors of Luka Doncic’s unhappiness heat up, Cuban can’t afford to mess up this decision. Whoever becomes the next Mavericks GM must deliver change quickly, otherwise, Dallas will lose its franchise player.