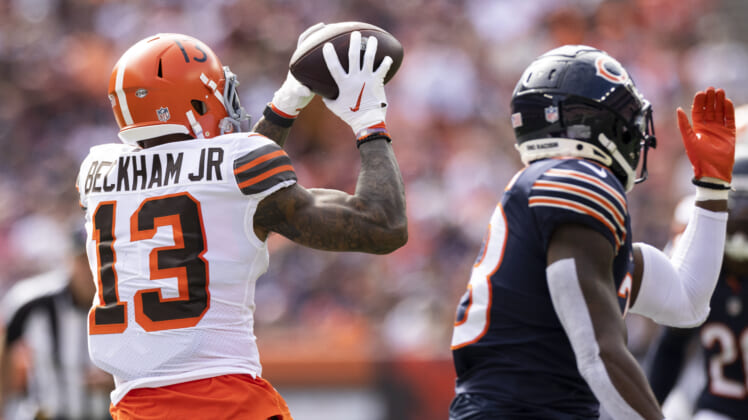 Since acquiring Odell Beckham Jr. from the New York Giants in 2019, the Cleveland Browns haven’t gotten nearly the same production as they envisioned when making the trade. In the middle of his third consecutive season with four or fewer touchdown receptions, the former superstar wide receiver has seen his star continue to fade.

Now, it appears the Browns don’t even want the three-time Pro Bowl wideout around the team as they return to practice Tuesday, preparing for their Week 9 matchup with the Cincinnati Bengals.

While it’s not a good look for the Browns or Beckham, it shouldn’t have been difficult to see something of this nature coming. Over the past few days, Beckham’s camp had become more and more vocal, raising their concerns over social media, even dragging starting quarterback Baker Mayfield through the mud.

As the Browns try to navigate a season in which they had playoff aspirations coming in, they are 4-4 and in desperate need of muting any and all distractions. This Odell situation obviously hasn’t helped matters, especially when he hasn’t been particularly productive, averaging just 38.7 yards per game this season, with no touchdowns. 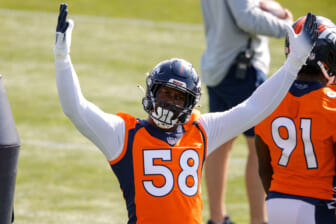 The Browns reportedly listened to trade calls regarding Beckham before Tuesday’s Nov. 2 NFL trade deadline, having talked specifically with the New Orleans Saints. ODB was born and raised in Louisiana and starred at LSU before being selected 12th overall in the 2014 NFL Draft by the Giants.

With the Saints at 5-2 and in desperate need of adding to their receiver room, should this situation continue to deteriorate, the Browns may end up releasing Odell altogether, allowing the veteran to sign with any team he desires.

Which makes one wonder how and why a trade couldn’t get done ahead of the deadline. If the Browns had an idea his off-the-field drama would affect the team, they should have just accepted whatever compensation the Saints may have been offering at the time. 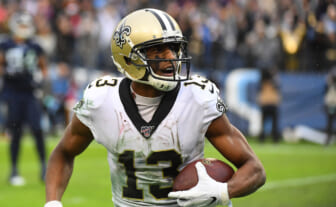