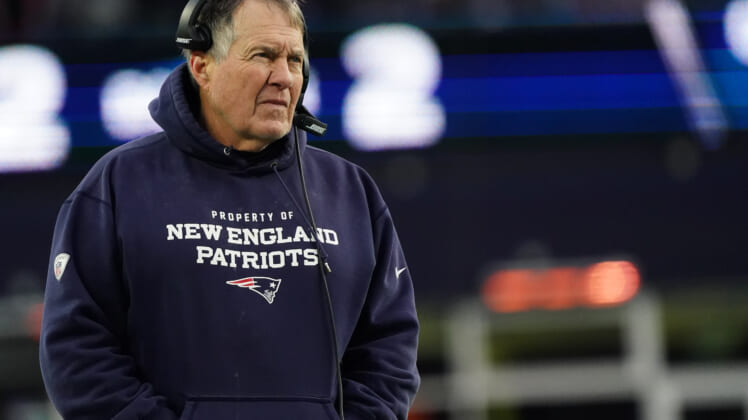 While the Buffalo Bills took the field as favorites in Saturday’s AFC Wild Card Game, many believed the New England Patriots would pull off the upset. Instead, New England’s season is ending in humiliating fashion.

Things looked bleak almost immediately for Bill Belichick and the Patriots defense. Josh Allen opened the game with a 70-play touchdown drive, pushing Buffalo out to an early 7-0 lead. But the Patriots’ offense responded and seemingly were ready to answer with Mac Jones throwing a deep strike into the end zone, but Bills’ safety Micah Hyde picked it off and swung momentum completely. 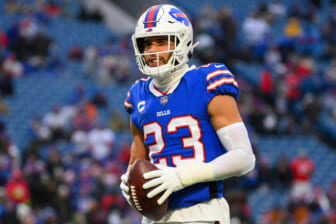 Allen got the football back at the 20-yard line and came through once again. A 10-play drive covered 80 yards with Allen hitting Dawson Knox in the end zone for the second time, pushing the Bills ahead 14-0.

New England’s offense couldn’t answer, punting the football away after a three-and-out. While the Bills were pinned at their 19-yard line, they covered it in 10 plays and Devin Singletary capped it off with a 3-yard touchdown to move ahead 20-0.

Once again, Jones and the Patriots failed to respond. The drive stalled at the 49-yard line before they punted it away once again. Against one of the best defenses in the NFL, Allen and Singletary ran all over the Patriots. Coming out of the two-minute warning, Singletary put the icing on the cake of an incredible first-half performance with another touchdown run to take a 27-0 lead.

While New England managed to score three points before halftime, the NFL world isn’t expecting a 27-3 comeback on Saturday. As you might expect, football fans across the country are enjoying the Patriots getting blown out.