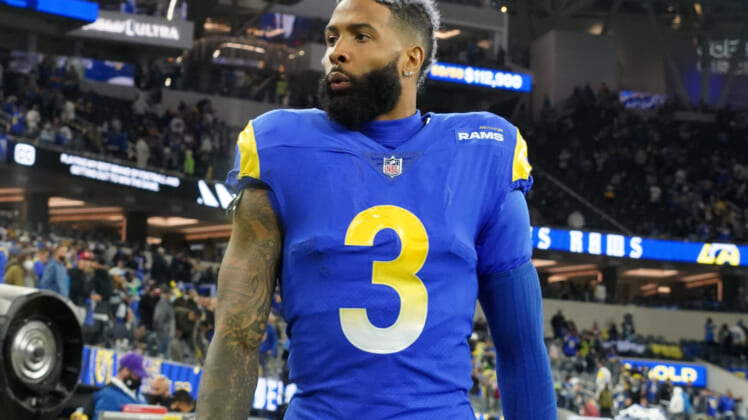 The greatest wide receiver in Buffalo Bills’ history is claiming a recent conversation with Odell Beckham, Jr. confirmed the three-time Pro Bowler will be catching passes from Josh Allen in 2022.

Beckham, Jr. has had a career filled with great highs and massive lows. After bursting on to the scene in 2014 for the New York Giants he instantly became one of the best wide receivers in the league. However, his larger-than-life personality and emotional nature eventually led the team to trade him to the Cleveland Browns. However, his tenure in Ohio was mostly disappointing and he was released after two and half seasons.

Related: Josh Allen gets into a fight at Buffalo Bills training camp

At a career crossroads, Beckham, Jr. had the good fortune of being signed by the Los Angeles Rams during the 2021 season. Their high-octane offense led by quarterback Matthew Stafford and star receiver Cooper Kupp helped to rekindle the greatness in the 29-year-old and he helped them reach the Super Bowl. Unfortunately for him, while he scored a touchdown in the big game, he was unable to help them finish off the championship victory after tearing an ACL ligament for the second time in his career during the first half.

Beckham, Jr. has remained on the free agent market as he rehabs his knee and aims for a return to the field after the midway point of the season. Various teams have been speculated as his home for 2022, including the Rams. However, a new claim suggests Beckham, Jr. could join a different dangerous offense in the AFC.

On Saturday, Hall-of-Famer and Bills legend Andre Reed took to his Instagram and posted a picture with Beckham and captioned the image by suggesting a chat between the two convinced him OBJ was headed to Buffalo.

Beckham, Jr.’s Rams teammate Von Miller signed with the Bills during the offseason and will join a defense that is already one of the best in the league. 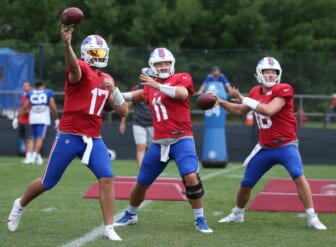 However, if a healthy Beckham, Jr. were able to line up on the opposite side of Stefon Diggs at some point later this year, it could certainly put the Bills’ offense among the deadliest in the NFL as well.