Bill Belichick: New England Patriots ‘might have left it on the practice field’ after ugly preseason finale 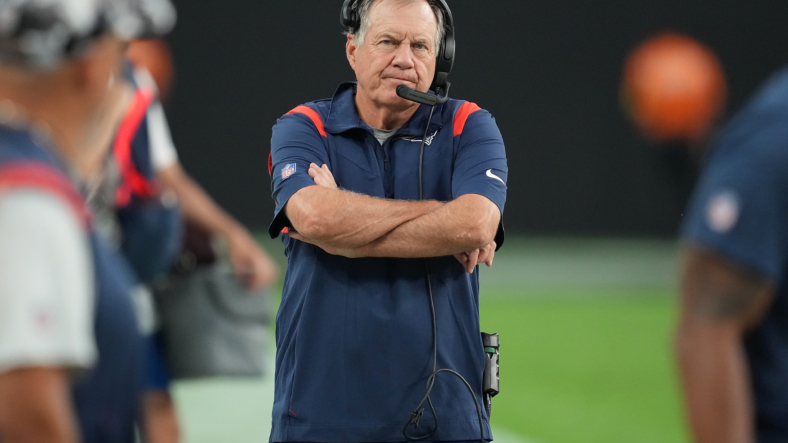 Coming off a playoff year, Bill Belichick and the New England Patriots are expecting big things out of Mac Jones as he enters his second season. Though, that development may be impeded by Josh McDaniels taking a new job as coach of the Las Vegas Raiders.

They appear to be replacing McDaniels with Matt Patricia as the head play-caller (perhaps with Belichick’s assistance) and Joe Judge as the quarterback coach.

So far, the early returns have been ugly. The Patriots have never looked in sync during the preseason, and that continued during their exhibition finale on Friday night.

With McDaniels getting a chance to go against his old team after the two organizations held joint practices earlier in the week, it was the protege who got the better end of the battle. The Raiders crushed the Patriots 23-6.

The worst play of the day was easily an ugly throw by Mac Jones, where he was excited to laser an interception to Raiders rookie linebacker Luke Masterson. That play wasn’t the only miscue on the day, and it left Belichick pissed off as he took the podium to address the media post-game.

Coach Belichick didn’t hold back in ripping his team after the game. He also was quick to take partial blame, as he knows he’s the one who runs the operation in beantown. We always knew moving on from Tom Brady would prove incredibly challenging. Yet they still managed to reach the playoffs during the rookie season of Mac Jones.

Might that post-Brady honeymoon be wearing off? That could be the case, but their struggles likely have more to do with McDaniels leaving the team with no true replacement as offensive coordinator. Belichick didn’t want to bring in someone from the outside who he hasn’t worked with before to entrust the offense with. Instead, he turned to two familiar faces in Patricia and Judge, who both needed a new opportunity.

We’ll see how it turns out. Once the season gets underway, they can’t suddenly hire a new coach to take over the offense. The Patriots have already hitched their cart to this strange arrangement. Will Belichick take over as the primary play-caller if they fail to put forth a productive offense?

The Patriots have a lot of questions to answer, and their preseason play has only added to the intrigue. We’re either going to forget all about their struggles, or it will end up being the anchor that prevents them from even sniffing the postseason. So far, it looks like the latter, but Belichick is a genius. Maybe this has all been done by design. Belichick’s latest masterpiece.