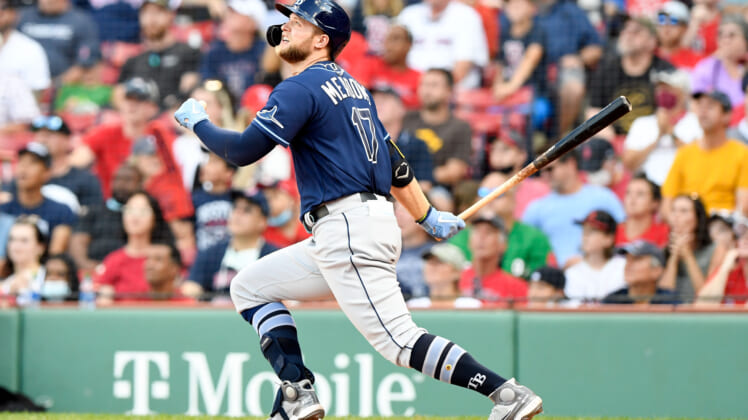 According to Ken Rosenthal of The Athletic, Tampa Bay Rays outfielder Austin Meadows has been mentioned in trade talks. This would fall in line with the budget-conscious model the Rays prefer, as they’ve typically traded players within three years of free agency (e.g. Blake Snell and David Price) given their track record of developing players.

If available, Meadows is a compelling option for MLB teams that want an outfielder. The 26-year-old Meadows is a formidable power threat from the left side who slugs at a high level, plays both corner outfield positions and hasn’t entered his prime.

Despite the Chicago White Sox’s rise to prominence and the Detroit Tigers’ recent progression, the Guardians appear intent on trying to make a playoff push next season. Acquiring Meadows would enhance their chances of getting back in that mix.

Cleveland has its fair share of respectable hitters. Jose Ramirez is a premier third baseman, Franmil Reyes is a considerable power hitter and Amed Rosario made strides last season. It’s not enough, though. Meadows takes this offense to the next level in providing another impact bat.

He helps balance out the Guardians’ mix of left and right-handed hitters and provides defensive versatility. Meadows presumably becomes their opening day left fielder, as their outfield bunch has been inconsistent of late. Furthermore, the Guardians have sported one of MLB’s worst offenses over the last two seasons.

Meadows makes a middle-of-the-pack offense one with the upside to be a top-10 unit. A healthy Cleveland rotation and bullpen can be elite. What they need is a reliable offense. A slugger like Meadows fits the bill.

All that said, the Guardians may avoid a Meadows trade based on him occasionally serving as a DH (Cleveland has Reyes) and potentially preferring to preserve prospect capital.

Buster Posey’s retirement impacts the Giants’ offense, defense and pitching staff as a whole. To boot, outfielder Alex Dickerson recently signed with the Atlanta Braves. The Giants emerged as a National League contender last season, and Meadows helps them stay in that echelon.

San Francisco’s outfield rotation is made up of Mike Yastrzemski, Steven Duggar, Austin Slater, LaMonte Wade Jr. and Darin Ruf. That said, many of those individuals had rough 2021 campaigns, Wade and Ruff get reps at first base and the NL now has the designated hitter. In other words, there’s plenty of room for Meadows to both DH and play the outfield.

Last season, veterans like Posey, Brandon Crawford and Brandon Belt had resurgent and/or breakout offensive seasons. The Giants can’t rely on Crawford and Belt replicating their 2021 success. Meadows helps make up for the production the Giants lose in Posey’s retirement and potentially from Crawford and Belt performing closer to their career tendencies.

No matter how one slices it, manager Gabe Kapler needs more offense. Meadows can hit at the top of the order, providing a quick power jolt or setting the table for the heart of the order.

The factor that could stop the Giants from trading for Meadows, though, is them feeling that some of their outfielders like Yastrzemski and Slater will have bounce-back seasons.

1) Austin Meadows to the Miami Marlins

The Marlins have an abundance of starting pitching, but their offense has been one of the worst the sport has to offer for the better part of the last five seasons. There’s supposedly a “HELP WANTED” sign in Miami that reads “if you can swing a bat, give the Miami Marlins a call!” Meadows would be a game-changer for their offense.

Miami doesn’t have an overwhelming hitter. Jesus Aguilar is a reliable first baseman but can’t be a playoff team’s lone power threat. Jazz Chisholm is a promising infielder but still posted a mere .248 batting average and .728 OPS in 2021. Brian Anderson had an injury-plagued 2021. Meadows would give the Marlins a legitimate top-line hitter. 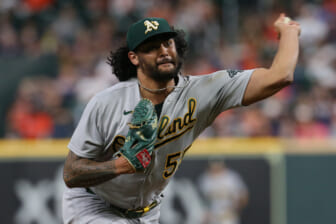 He can find success in any part of manager Don Mattingly’s lineup. Meadows can hit leadoff or bat behind Chisholm if they prioritize getting the latter on the basepaths. As for their outfield rotation, Meadows can play left field while free agent signee Avisail Garcia plays opposite him in right.

Yes, the Marlins have young outfielders/outfield prospects like Bryan De La Cruz, Jesus Sanchez and JJ Bleday. At the same time, there isn’t enough space for all of them to start, and every prospect isn’t going to pan out. A lineup that includes Meadows, Aguilar, Garcia, an improved Chisholm, Joey Wendle and Jacob Stallings is a respectable offense that should provide adequate run support.

Miami has all the prospect capital in the world, especially on the pitching front. They’ve made some plausible trades this offseason (Wendle and Stallings), but it’s not enough to contend for the playoffs. Acquiring Meadows gives the Marlins a fighting chance, as well as one of the best young outfielders in the sport.