Antonio Brown says he won’t play in NFL in 2022, hints career could be over 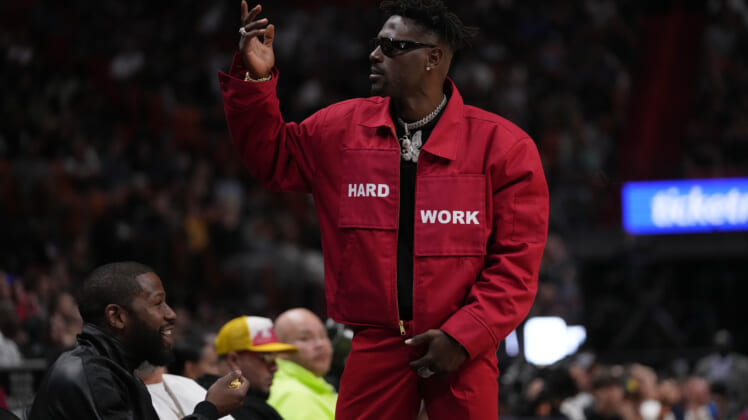 Despite having the skills to still compete at a high level in the league, Brown has developed such a poor reputation throughout the sport that many franchises around the NFL seem unwilling to sign him.

And it’s unsurprising since he unceremoniously ended a fantastic nine-year run — including four All-Pro seasons — in Pittsburgh over contract and helmet issues. He wore out his welcome with the New England Patriots in just one game. Then he actually helped the Tampa Bay Buccaneers win a Super Bowl in 2021, only to force his way out of there after leaving a game midway through.

This is not to mention his myriad of issues off the field that has certainly made the idea of signing him a scenario that would make most NFL team PR departments develop a cold sweat.

Is Antonio Brown done with football?

Yet, despite his pal and boxing legend Floyd Mayweather, Jr. suggesting he would make a $20 million bet against any franchise to give Antonio Brown a chance, it seems the reality of the situation is finally hitting the seven-time Pro Bowler.

On Saturday, Brown took in the action at a Fan Controlled Football game and was interviewed by members of the Fubo Sports broadcast team. The 33-year-old was asked if he still loves the game, and his response gave the impression that Brown is aware his career could be coming to an end.

“Obviously, you know we live the game. But you can’t play forever,” Brown said. “I think I’m a great player that’s done everything in the game.” 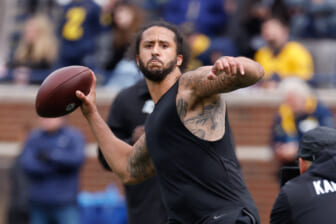 Brown was then asked if he expected to play football in 2022. To which the former superstar wide receiver responded with a resounding no.

NFL training camps don’t open until July. There could be injuries in the summer or during the season that might make a contender seriously ponder adding the talented and mercurial pass catcher. At 33, it is hard to imagine Brown won’t keep his return door wide open throughout the rest of the year.