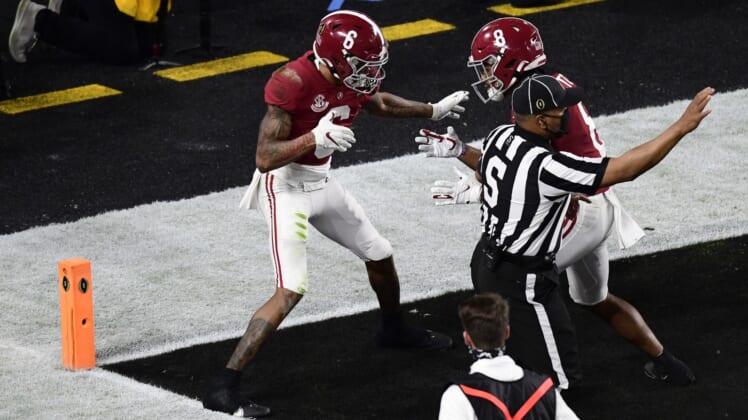 Everything seems to be coming together for Alabama wide receiver DeVonta Smith as he closes up shop on his amateur career in the championship game against Ohio State Monday evening.

Smith just made history in earning the Heisman Trophy after a stunning regular-season performance. He also awed onlookers with a brilliant performance against Notre Dame in the semifinals of the College Football Playoff.

By virtue of this 22-yard catch-and-run, Smith surpassed former Vanderbilt star Jordan Matthews for the most receiving yards in SEC history. Smith entered the game with 3,750 compared to 3,759 for Matthews.

Related: Why DeVonta Smith can become a star in the NFL

In no way was the Heisman winner done. He caught another 32-yard pass for Alabama in the first quarter before helping the Crimson Tide take a 14-7 lead over Ohio State with a five-yard touchdown catch early in the second quarter. Through the first 15-plus minutes of the game, DeVonta Smith had already caught six passes for 83 yards and a score.