Even with the July 31 deadline in the rear-view mirror, the MLB postseason picture is crowded. Realistically, we can say that 17 teams are still in the race.

And while all of these teams have some unquestionable strengths, they all have clear weaknesses, as well. The Boston Red Sox and Houston Astros both appear flawless, but each team has something that makes us feel nervous. The Los Angeles Dodgers appear well positioned to reach the pinnacle they just missed a season ago. We also can’t help but notice a flaw in the pitching that could stand in their way.

Like the Red Sox and Astros, the New York Yankees are on pace to win over 100 games. But as good as their offense is, there’s something to be concerned with there.

As we look towards the playoff races and the MLB postseason, every team has a concern. These are the most notable flaws for the remaining contenders.

Arizona’s right-handed hitters haven’t exactly been top notch in 2018 (.241/.314/.425), but they’ve looked much better than their left-handed teammates. Diamondbacks’ lefties are hitting only .228/.313/.368 on the season. Jake Lamb’s absence certainly won’t help matters. Part of the reason a Bryce Harper to Arizona trade made so much sense was that it would let the D-Backs stagger the offense. But unless Arizona can pull a waiver deadline deal off, it will have to navigate teams stacking their bullpens with right-handed pitchers to get through its most dangerous bats.

Atlanta pitchers have issued the fourth-most walks in baseball. Generally speaking, the best pitchers on the best baseball teams throw strikes. Since teams use four-man rotations in the playoffs and tend to use only their best relievers, this means that offenses relying too much on walks to boost their OBP’s can tend to struggle in October. But given their issues, can the Braves exploit that? Atlanta pitchers seem quite vulnerable to walking hitters to set up rallies for free, thereby making the hits they allow hurt even more. It’s hard to say that any weakness is good, but this one is worse than most others. 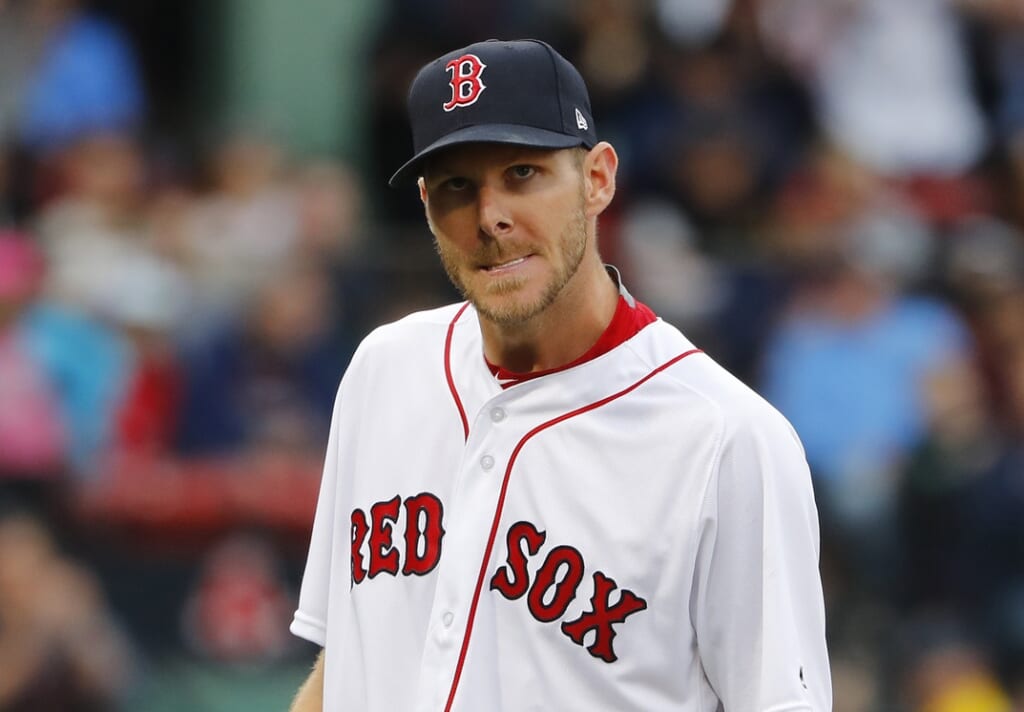 Chicago Cubs: Too many free passes

Everything that applied to Atlanta is even more significant with Chicago. No team, contender or otherwise, has walked more hitters than the Cubs this season. That’s going to lead to Chicago pitchers having to pitch out of a lot of jams. If that doesn’t work, the offense is going to have to simply outslug its opponent. The Cubs do have an offense that can bail them out. But even the best offenses will have a problem sustaining such a level of excellence through an entire postseason run. This is something that Chicago’s pitchers need to get under control in a hurry.

Without anyone to seriously push them, the Indians are virtually assured of winning the AL Central. But given the near misses of 2016 and 2017 this is a team that really needs to win it all, something that hasn’t happened since 1948. The problem comes with Cleveland’s record against likely AL postseason opponents. Cleveland is 3-4 against the Astros, 2-5 against the Seattle Mariners, 2-4 against the Oakland Athletics, and 2-5 against the Yankees. The Indians will need to beat either three of those teams, or two plus the Red Sox (who they have not played), to reach the World Series. That’s an uphill climb.

Teams that strike out a lot frequently struggle in the playoffs. The best pitchers on the best teams can usually keep the top power hitters (the most frequent strikeout victims) off balance. But the Rockies really don’t have that kind of staff. Colorado pitchers rank only 17th in total strikeouts. That’s even more problematic at Coors Field, where contact of almost any kind works to the hitter’s advantage. Potential playoff opponents like the Milwaukee Brewers and Philadelphia Phillies strike out a lot. The Rockies will have a hard time exploiting that. 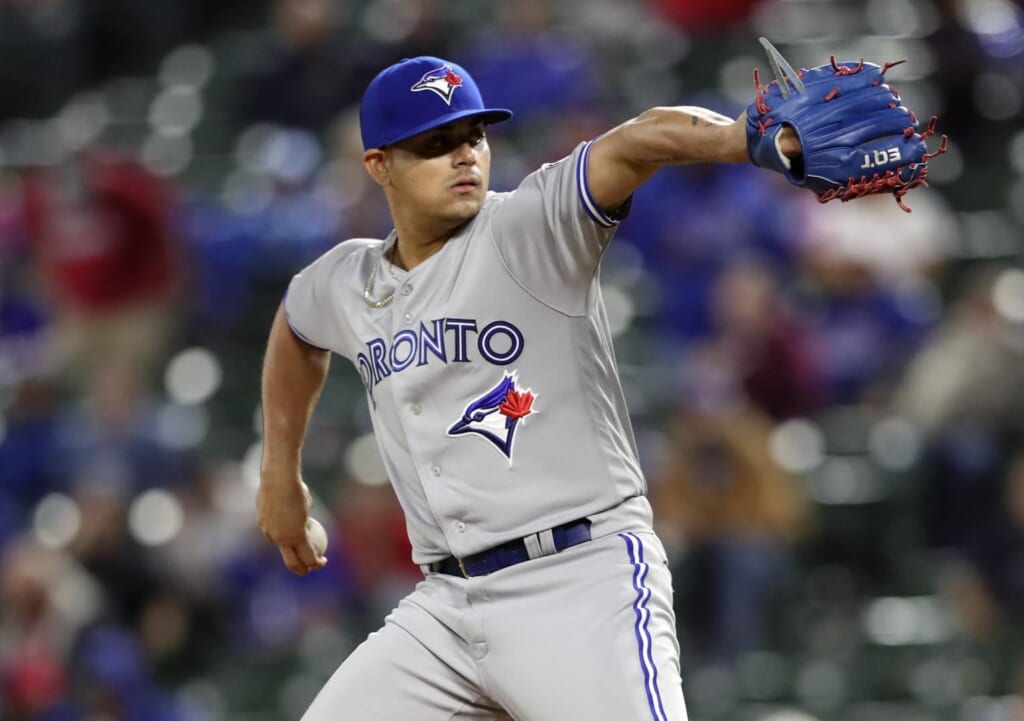 The Cubs traded for controversial closer Aroldis Chapman in 2016. Chapman had been accused of some ugly things, much like Osuna. But at least Chicago had seen Chapman dominate on the field right up until acquiring him. Osuna hasn’t pitched since May. Yes, he pitched well (2.97 ERA, 1.11 WHIP) before getting suspended. But he’s jumping right into a playoff race and is potentially rusty. Is that really what you want from any closer, let alone whose very presence on your team is earning you scorn? From a PR standpoint, this was a terrible move. From an on-field perspective, it’s no better than questionable.

The Los Angeles bullpen in 2018 has not been as strong as it was in 2017. That was only marginally addressed that at the trade deadline. In 2017, the Dodgers played in 15 postseason games. In only one of those games did their starter finish seven innings. That was Clayton Kershaw. On only two other occasions did the starter complete six. Two of those were also Kershaw, while the other was Yu Darvish, who’s no longer on the team. To get leads to Jansen, this team will have to rely on a bullpen that’s been spotty. That’s a potential problem, and not a small one.

Milwaukee Brewers: Too many mid-rotation starters

Jacob deGrom would have been a perfect fit for Milwaukee. Granted, we can’t entirely fault the Brewers for the odd decision the New York Mets made to stand pat. But regardless of blame, Milwaukee is left without a top-of-the rotation guy. Instead, the Brewers have a handful of guys who should belong in the middle of most rotations. In terms of depth, that’s an asset. But even in today’s reliever-heavy era, it’s hard to win in October without an ace. Barring an unforeseen waiver deadline deal, Milwaukee will have to reverse that trend.

Striking out a lot may not seem like such a big deal anymore. But in the playoffs, it’s usually more problematic. Case in point, two of the last three World Series champs struck out less than anyone in the league that year. That’s not exactly New York’s claim to fame. The Yankees are eighth in the league in strikeouts. They’re also first in home runs and if that continues, the strikeouts won’t be such a problem. But hitting a wealth of home runs against guys like Verlander, Sale, Charlie Morton, Gerrit Cole, and Corey Kluber is far easier said than done. 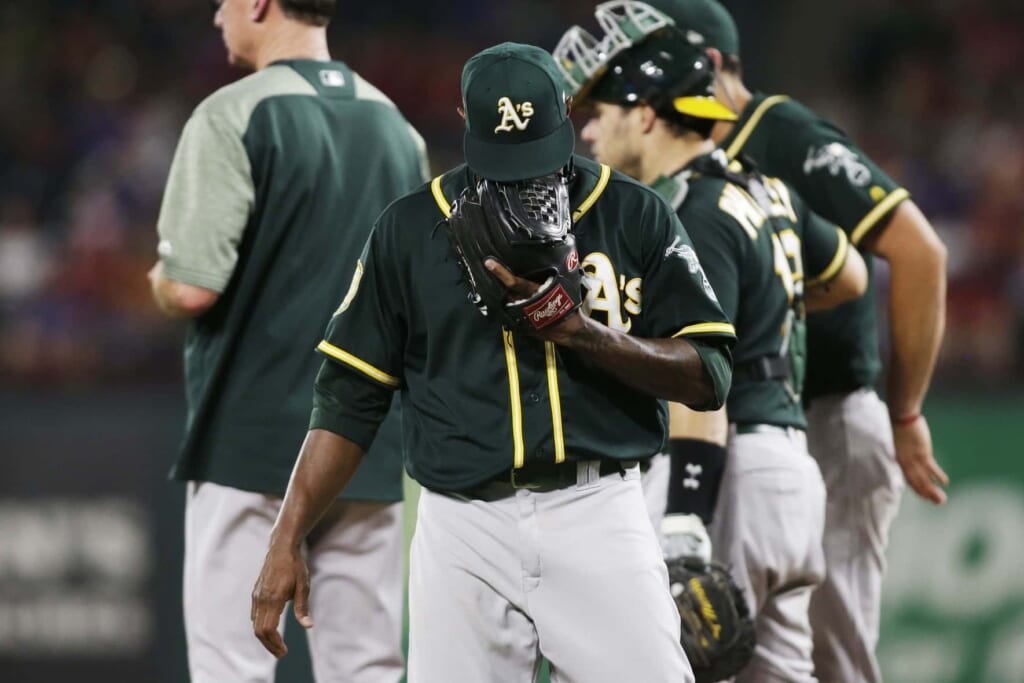 Oakland seemed to have a deal for Mike Fiers lined up at the deadline, but nothing came of it. What that means, in a nutshell, is that the A’s will have to handle the playoff chase and possibly the postseason with a starting rotation whose 4.34 ERA ranks 22nd in baseball. The only teams worse are ones already looking towards 2019. The good news is that Oakland’s offense can score runs. Essentially everyone in the lineup is a threat to damage when he steps into the batter’s box. The A’s are going to need that. Because to make the playoffs and then do well once there, a lot of runs are going to be required.

Philadelphia Phillies: Too much outhouse, not enough castle

Excluding the Texas Rangers and San Diego Padres, Philadelphia has struck out more than anyone team in the league. As we detailed with the Yankees, that’s not good. But while relying on the long ball in the playoffs is often a fool’s game, New York has something significant to rely on. The Phillies, though, rank 15th in home runs, 18th in triples, and 27th in doubles. If you’re going to strike out a lot, you have to at least pay it off by doing significant damage when you do make contact. Philadelphia hasn’t done that in 2018.

Pittsburgh has committed the fifth-most errors in baseball. Even the most talented teams in the league really struggle when they give extra outs to quality opponents. A recent torrid stretch has put the Pirates in the mix but make no mistake, even with a busy trade deadline, this is not close the most talented team in the league. If Pittsburgh is going to navigate a deep playoff race and do well once the postseason begins, it will need to play clean baseball. That means a hard 180 on the errors can’t come soon enough. 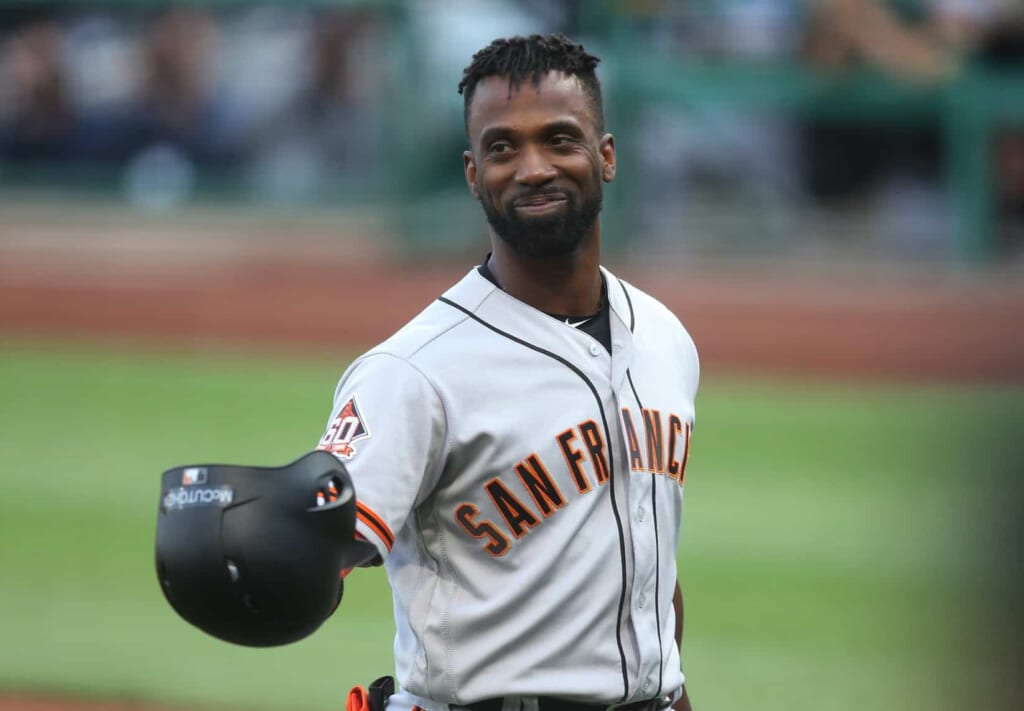 Imagine being on a football team who struggles to ever pick up anything more than four yards on a play. You go on a long scoring drive that features essentially everything possible going right only to see your opponent return the ensuing kickoff back for a score. That’s what the Giants are like. It too often feels like San Francisco needs three or four things to go right to score the same run that its opponent scores with one good swing. The Giants have remained in the race, but trail. The offense isn’t the only problem. But if its issues don’t get fixed on a consistent basis, the obstacle will be too great to overcome.

For much of the season, the Mariners seemed like a virtual lock to at least make the AL Wild Card Game. But entering Thursday’s action, Seattle was tied for the last playoff spot with Oakland. That’s not good. The A’s are not flawless, but they are more impressive than the Mariners. Oakland’s run differential (+51) is 60 better than Seattle’s (-9). The A’s have scored 4.8 runs a game, while the Mariners are at 4.4. Yes, Robinson Cano’s pending return will bolster that a little, but he also can’t play in the playoffs. Oakland is likely to cool off a little. Even still, Seattle will have its hand full holding the A’s off.

Let’s ask this question about the Cardinals. If they’re going to get hot and make up the necessary ground in either the NL Central or wild card race, what are they going to rely on? The offense is essentially league average in every major category. The pitching is only marginally better. In a way, St. Louis is the National League’s version of Seattle. The difference is that if the A’s get cold, the Mariners are in the driver’s seat again. The Cardinals are fighting through a much more crowded race. 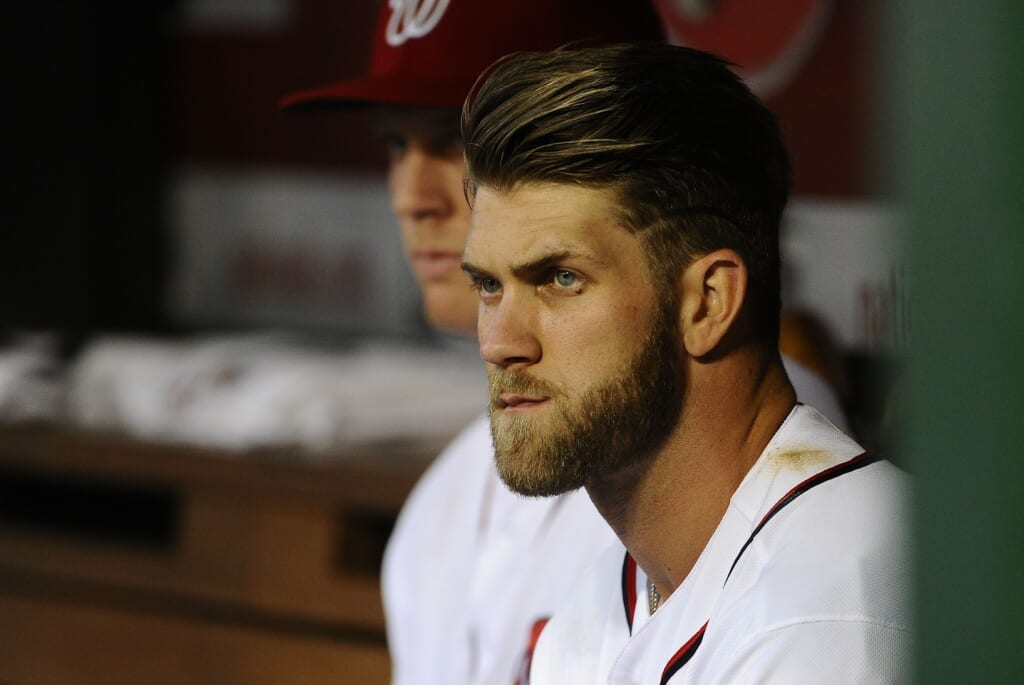 There’s no denying Washington’s talent. Here’s something else that we can’t deny. Since 2012, this team has failed every significant test its been given. The Nats lost the NLDS in 2012, 2014, 2016, and 2017, despite having home-field advantage each time. When the Braves and Mets tested Washington in the NL East in 2013 and 2015, respectively, the Nats failed to even reach the playoffs. Why are we supposed to believe that this team, who has hovered around .500 all year and essentially stood firm at the deadline, is going chase down Atlanta and Philadelphia? The Nats have talent. But it’s hard to feel optimism.