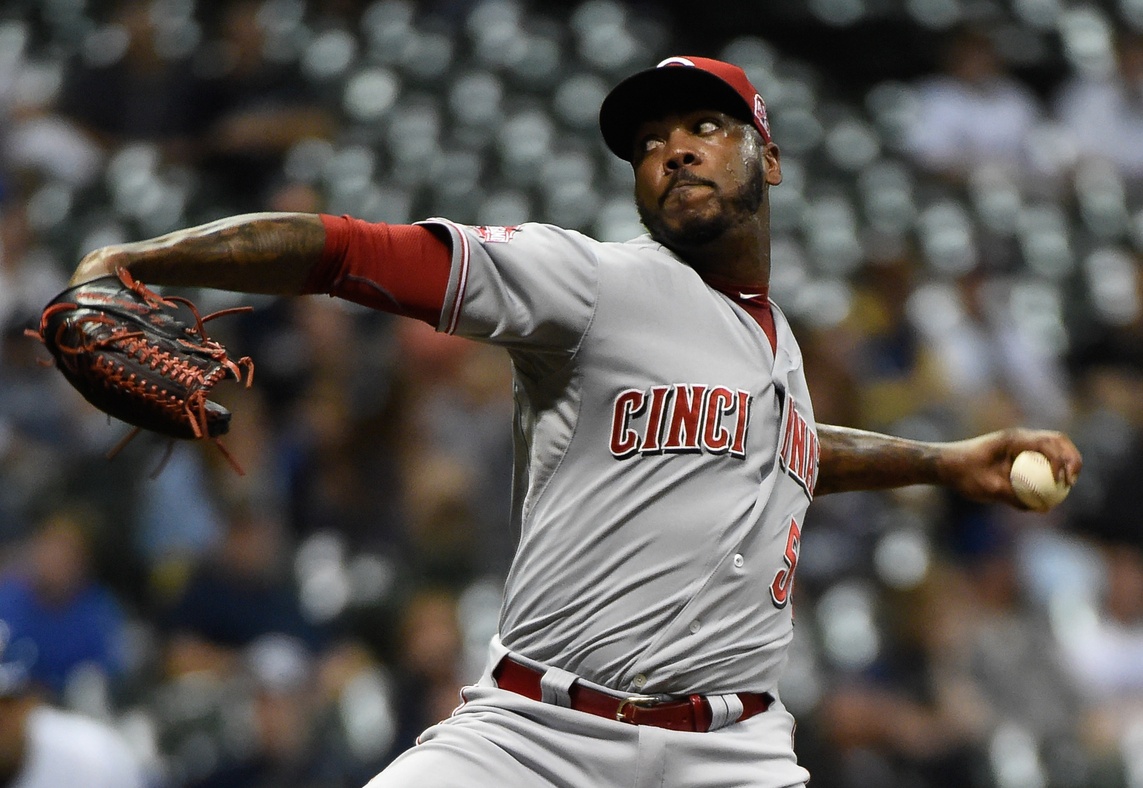 Cincinnati Reds pitcher Aroldis Chapman is in hot water after a police report stemming from an incident at his home in Miami this past October shows he allegedly fired eight shots in his garage and “choked” his girlfriend.

The report was obtained by Tim Brown and Jeff Passan of Yahoo Sports, and it paints a dark picture. However, no arrests were made at the time of the incident in question, which started after his girlfriend found something on Chapman’s cell phone.

Chapman is denying these allegations.

“I’ve reviewed the facts as portrayed,” Jay Reisinger, Chapman’s attorney, told Yahoo Sports on Monday night. “On behalf of Mr. Chapman, we vehemently deny the allegations as stated. Beyond that, we have no further comment at this time.”

This news breaks at a particularly tricky time for Chapman, the Reds and the Los Angeles Dodgers.

Chapman was on his way to being traded to Los Angeles Monday, but the entire deal is being held up at this time because of these allegations, sources told Yahoo Sports.