Za’Darius Smith backs out of deal with Baltimore Ravens, remains a free agent 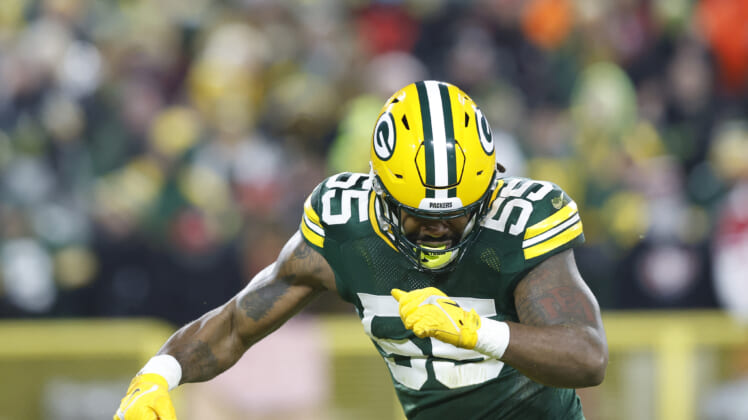 The Baltimore Ravens thought earlier in the week that they had brought back two-time Pro Bowler Za’Darius Smith.

Multiple media reports indicated that the star edge rusher had opted to return to his original Ravens team after spending the past three seasons with the Green Bay Packers.

That’s no longer the case. According to NFL Media’s Ian Rapoport, Smith has backed out of his deal with the Ravens and remains a free agency.

This could be some absolutely big news moving forward. Multiple pass-rush needy teams are now going to put their best foot forward to acquire the elite-level edge guy.

Over the course of his first two seasons with Green Bay in 2019 and 2020, Smith was among the best pure pass rushers in the NFL. That span saw him record a combined 50 quarterback hits, 29 tackles for loss and 26 sacks en route to earning two Pro Bowl appearances.

However, the 29-year-old pass rusher ended up being a cap casualty this offseason following an injury-plagued 2021 campaign. Za’Darius Smith missed all but one regular-season game with a back injury.

There’s a number of teams with a ton of cap room who could fit Smith in under the cap given that he had agreed to a mere four-year, $35 million deal with the Ravens before backing out.

The Dallas Cowboys come to mind after losing Randy Gregory in free agency. Meanwhile, the San Francisco 49ers were in on Chandler Jones before he signed with the Las Vegas Raiders.