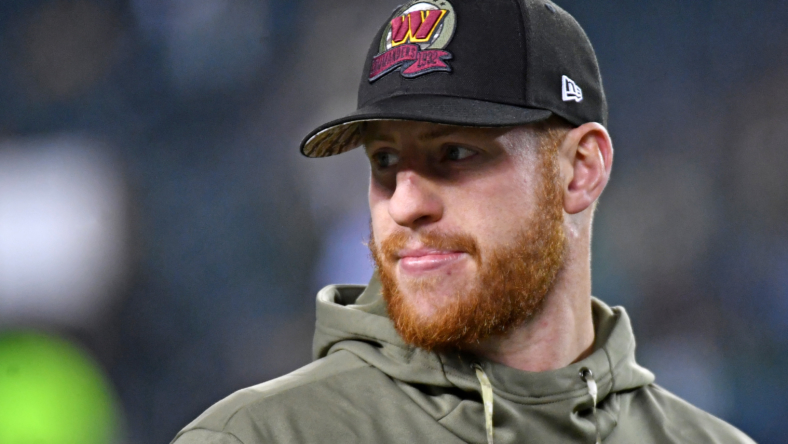 It seems that the Washington Commanders would benefit a great deal long-term by not rushing Carson Wentz back to the field, and it has nothing to do with the strong play of backup Taylor Heinicke.

The Washington Commanders made one of the more notable trades of the NFL offseason when they acquired Indianapolis Colts quarterback Carson Wentz. The move was made in an attempt to finally land the organization the franchise QB they have lacked for decades.

After six games with Wentz under the center, the team was 2-4 and the transaction was looking like a dud for the team. Unfortunately for the former Philadelphia Eagles star, he broke a finger on his throwing hand in October and has been sidelined ever since. This means the organization couldn’t get a full evaluation of his addition to the roster in 2022.

Wentz will play again this season and the assumption has been that Washington Commanders would prefer to have him back sooner than later, despite having a winning record with backup Taylor Heinicke under center. However, a new report suggests the team has a good reason not to rush Wentz back into action, and it has little to do with what’s been happening on the field.

On Saturday, Pro Football Talk reported on an interesting and likely forgotten-about factoid in the Commanders and Colts trade last season. A special stipulation that will alter the return for Indianapolis if Wentz does not pass a snaps threshold.

“Sunday’s game will be the fifth that Wentz has missed, and five games is 29 percent of a 17-game season. So if Wentz were to return to the starting lineup after Sunday’s game, Wentz would likely finish with just over 70 percent of the snaps, and the Commanders would have to send the Colts a second-round pick.” 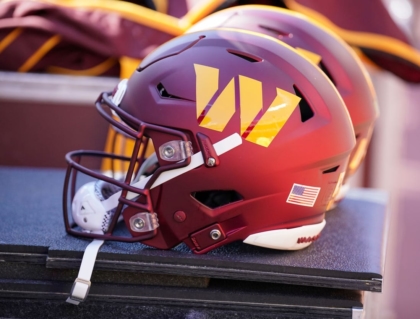 Second-round picks in the NFL draft are premium selections in the yearly event. The opportunity to pick from the best players left after the first 32 picks, compared to making a selection after 64 are off the board seriously increases the chance the team could get a needed impact player in the 202 NFL draft.

Taylor Heinicke will be under center when the team faces the Houston Texans on Sunday afternoon.