This is something directly from a Philip K. Dick novel. All-time great quarterback Tom Brady turning down an opportunity to play for the Tampa Bay Buccaneers after opting to leave the New England Patriots following a brilliant 20-year career.

It almost happened, and it would have changed the dynamics around the NFL in a big way.

“I think that people still underestimate how close Tom Brady was to signing with the New Orleans Saints up until he ultimately decided on the Bucs,” ESPN NFL insider Jeff Darlington noted on Wednesday. “I know that that’s gonna be a statement that people try to question. It’s the truth.”

Say what? As Brady was taking his free-agent “tours” back in March of 2020, the Saints had another first-ballot Hall of Fame quarterback in Drew Brees on the roster. Is there a chance that Brees’ retirement would have been expedited by a year if Brady opted to join forces with Sean Payton in New Orleans? It’s possible.

“Sean Payton cannot look back and (not) say ‘man, I would’ve loved to have Tom Brady last year because it would also have meant that I have him for a few more years moving forward.’ No question in my mind, the Saints, despite understanding they did what they had to do, there is a little bit of—let’s call it regret—that Tom Brady is not their quarterback.”

Ultimately, Brady signed with the Buccaneers and led them to their second Super Bowl title — the seventh of his already heralded career. As for Brees, he struggled through the 2020 season before deciding to retire. Now, the Saints are going to choose between Jameis Winston and Taysom Hill as their Week 1 starter.

Tom Brady made the right decision

In an alternate universe, Brady would likely be preparing to lead the New Orleans Saints to back-to-back titles. That’s just how much of a difference-maker he still is at the ripe age of 43. But this isn’t “The Man in the High Castle.”

Brady is coming off a 2020 campaign that saw him throw for 4,633 yards to go with 40 touchdowns against 12 interceptions. It was his best statistical output since back in 2017. The Bucs also return all 22 starters from their championship season and are seen as top-end title contenders. 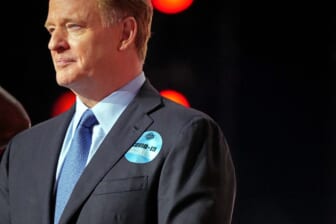 All of this comes as Tom Brady made news earlier in the week by calling out an unnamed team who opted to sign him last March. Given that the Saints were not really linked to him, it stands to reason Tom Terrific wasn’t talking about them. Perhaps, his attention was on either the San Francisco 49ers or Tennessee Titans.

As it stands, Brady and his Buccaneers will take on the division-rival Saints twice this coming season. Their first matchup comes on Halloween in the Bayou. As if New Orleans couldn’t get any crazier on this holiday.