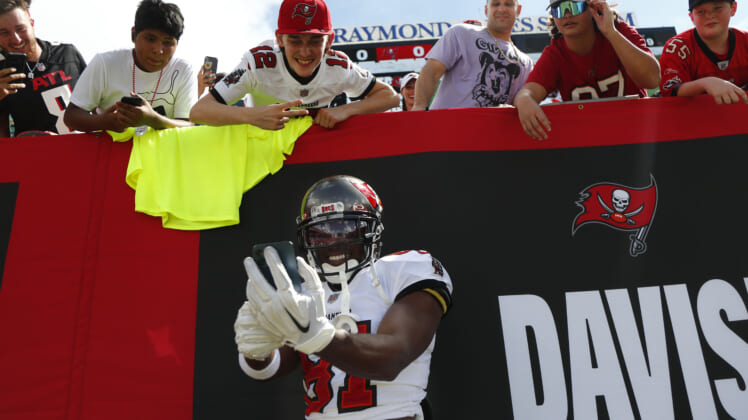 The Tampa Bay Buccaneers are taking on the Miami Dolphins today at Raymond James Stadium in Tampa and the Tom Brady-Antonio Brown combination is already clicking. In a 10-10 game in the second quarter, the Buccaneers were facing a 3rd-and-2 from their own 38 yard-line when TB12 found Brown crossing over the middle of the field.

Earlier in the game, Brown became the fastest NFL player to tally 900 career receptions, surpassing Hall of Fame wideout Marvin Harrison in the process. Brown did so in 142 games, whereas Harrison accomplished the feat in 149 games with the Indianapolis Colts.